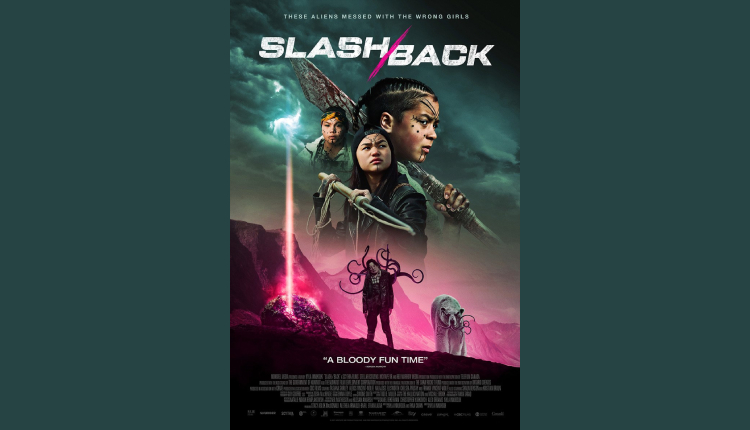 RLJE Films and Shudder drops the official trailer for Slash/Back, a radical sci-fi thriller revolving around a group of teenage Inuit girls from Pangnirtung, goes against an alien uprising and save the day.

Set in Pangnirtung, Nunavut, a sleepy hamlet nestled in the majestic mountains of Baffin Island in the Arctic Ocean. Maika and her ragtag friends, the usual summer is suddenly not in the cards when they discover an alien invasion threatening their hometown.

These teenagers have been underestimated their whole lives but, using makeshift weapons and their horror movie knowledge, they show the aliens you don’t mess with the girls from Pang.