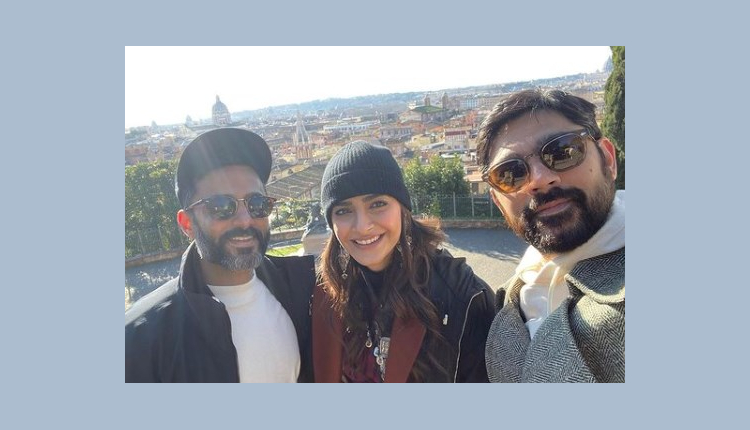 Sonam Kapoor is very close to her family. She shares a very special bond with her sister Rhea Kapoor who recently got married to her long time boyfriend Karan Boolani. Karan is also a very close friend with Sonam and today on his birthday, she wished him a special post.

Sharing a series of photos with Karan, Sonam wrote, “Happy happy birthday @karanboolani thank you for being the voice of reason when @rheakapoor and I want to be completely unreasonable. And then thanks for getting us out of trouble because of our unreasonable behaviour. Thanks for taking care of us and being the best at it. We love you. I’m so glad you’re my friend and now my brother in law. Love ya!”

Karan and Rhea got married on 14th August 2021 in a very private wedding ceremony at Anil Kapoor’s Juhu Bungalow in Mumbai. Photos from their celebrations went viral on the internet and the family had a gala time at the wedding festivities.

Meanwhile, on the work front, Sonam will next be seen in a film called ‘Blind’. She shot for it in Glasgow during her stay in London. The film is directed by Shome Makhija. It is a crime thriller which is a remake of a Korean film of the same name. It also features Purab Kohli, Vinay Pathak and Lillete Dubey.

Srivalli From Pushpa Will Be Out On This Date

The Last Rite Trailer Is Here