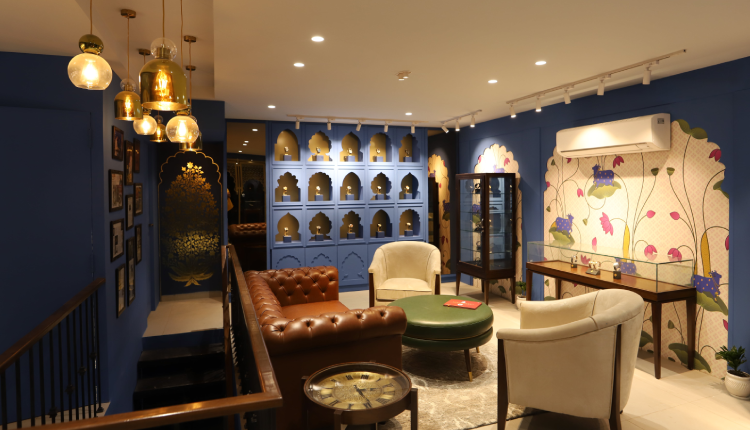 Along with being a brand that is known for delivering thought-provoking content, Sony BBC Earth has also been engaging viewers with a slew of interesting initiatives. The channel, to drive meaningful conversations around sustainability has been successfully running intellectual properties. Sony BBC Earth’s ‘Young Earth Champions’ is one of them. Announced in May 2022, Young Earth Champions was launched to engage with young minds and encourage them towards a better tomorrow. It received several innovative entries on how to preserve the planet’s resources – water, land, wildlife, forest, and energy. Delhi’s Rishit Mathur emerges as the proud winner amongst hundreds of participants.

Students from 6th-9th grades participated in this nationwide contest, showcasing their spirit and determination through thought-provoking submissions. To ensure each submission receives a fair amount of consideration, the ideas were carefully evaluated by an expert team of IIT Bombay Department of Environmental Science and Engineering headed by Professor Amritanshu Shriwastav along with actor and environment enthusiast Jim Sarbh.

The top 10 shortlisted entries were provided with an opportunity to delve deep into an engaging conversation with Jim Sarbh and the professor to exchange their thoughts on sustainability. The winner of the contest Rishit Mathur received the mega prize – an iPad along with a once-in-a-lifetime opportunity of getting featured on the Sony BBC Earth channel. Rishit began his journey toward becoming an environmental activist at a very young age in the wake of major issues affecting the planet. His idea and desire to change the world brought him to participate in the contest.

Rishit’s idea revolved around effectively managing crop residue instead of burning them and turning it into an environmental hazard. He proposed that crop residues can be utilized in the making of eco-friendly furniture. This furniture can be used by farmers for their own utility or be sold in open markets and serve as an additional income. He also suggested that the crop residue can be turned into organic manure by using a chemical reaction and can be used to grow new crops.

There was a total of 10 finalists and their ideas ranged from repurposing resources to using technology to track poaching, reusing glass for making bricks to ensuring germ free water, etc.

In association with its knowledge partner Nehru Science Centre, Sony BBC Earth’s ‘Young Earth Champions’ received more than 1000 registrations from across the country led by 2,08,387 visits to the contest page.

To find out more about the contest and its winning entries one can visit https://www.sonybbcearth.com/youngearthchampions/

“At Sony BBC Earth we have always aimed at creating meaningful engagements through all our initiatives. As we conclude the second edition of ‘Young Earth Champions’ we are pleased to share that the spirit and determination of the younger generation have been quite commendable. We are extremely thankful to Jim Sarbh, Professor Amritanshu Shriwastav, and the IIT Bombay team for joining us in the cause and sharing their expertise. We further aim to introduce more such properties in the future and encourage green practices across the nation.”

“The younger generation is more conscious and aware of the current environment scenario, and it was very well reflected through their thought-through submissions. Choosing the winning entries from amongst the talent lot was not an easy task and our team got to learn so much from these young kids. It was quite an enriching experience even for us as professionals.”