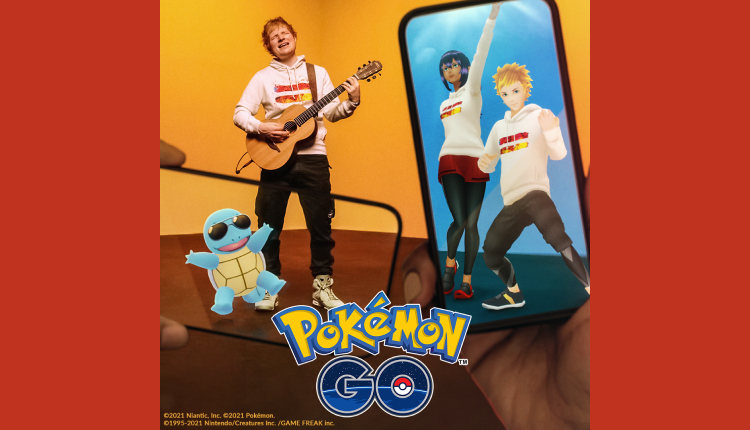 Today, Niantic and The Pokémon Company group announced that Grammy award-winning artist and Pokémon fan Ed Sheeran will star in a special performance for Pokémon GO Trainers (players). In celebration of the release of his new album, “=” (Equals), Pokémon GO Trainers will be able to enjoy some of Sheeran’s latest tracks as well as classic hits via an intimate, pre-recorded performance video accessible through Pokémon GO.

Debuting on November 22 in Pokémon GO, the video features Ed Sheeran performing some of his biggest chart-topping songs including: “Perfect,” “Bad Habits,” “Overpass Graffiti,” “Thinking Out Loud,” “First Time,” and “Shivers.” The performance video will be available for viewing for eight days only, beginning November 23 at 12:30 a.m. IST through December 1 at 2:30 a.m. IST. Players will receive information about how to view the video via in-game news notifications in Pokémon GO. In some countries, players can also click the advertisement on sponsored balloons within Pokémon GO.

As part of the celebration, Ed Sheeran’s favourite Pokémon, Squirtle, will appear in Pokémon GO with its signature shades. Players can also redeem a special code to receive an exclusive in-game avatar item in Pokémon GO featuring Ed Sheeran’s “＝” album art, which he wears during his special performance. The special code is 4SQS6N359Y7NPCUW, and it can be redeemed on this page.

Fans can redeem this code via the Pokémon GO mobile game (accessible for free on Google Play or the App Store) from November 22 at 11:00 a.m. PST.