Srivalli From Pushpa Will Be Out On This Date 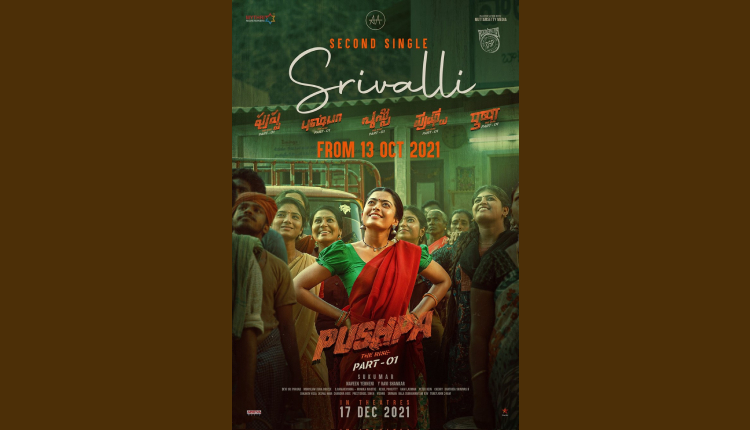 After unveiling the first look poster and character reveal for Rashmika Mandanna from Pushpa – The Rise Part 1, the makers of action drama confirms a new single Srivalli.

Rashmika Madanna will be seen playing the role of Srivalli in forthcoming movie Pushpa, opposite Allu Arjun. Now the makers are planning to drop a new single based on her character Srivalli, the song is titled the same.

Director Sukumar’s film released the first track ‘Jaago Jaago Bakre’ in five languages a few months back. The second track named after Rashmika’s character will be out on October 13.

The second song is sung by Javed Ali and Sid Sriram and brilliantly composed by Devi Sri Prasad.
‘Pushpa: The Rise’ also stars Fahadh Faasil. The film’s first part will release on December 17, 2021. The second part of the film will be released in 2022.