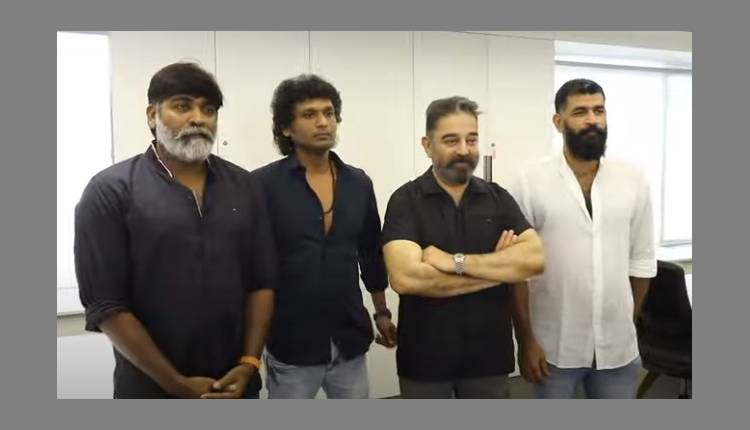 The film is produced by Kamal Haasan under the banner of Raaj Kamal Films International. The makers of the film took to social media that the shooting of the most anticipated movie Vikram went on floors today in Chennai.
Kamal Haasan took to his social media profile and dropped the video. He tweeted, “Level 1: Day one of VIKRAM. Felt like a High school reunion. In the past 50 years, this is the longest I have been away from film shootings. Many film-makers have not seen action for nearly a year”

“Level 2: I welcome all my comrades from all echelons back to work at RKFI. Especially Lokesh and his enthusiastic team and my talented brothers, Vijay Sethupathi and Fahadh Faasil. @RKFI @Dir_Lokesh @VijaySethuOffl” read the full thread.

The film was announced on Kamal Haasan’s 66th birthday earlier this year. The makers dropped a teaser video, in which Kamal is seen preparing a feast for his guest and then goes on a killing rampage.