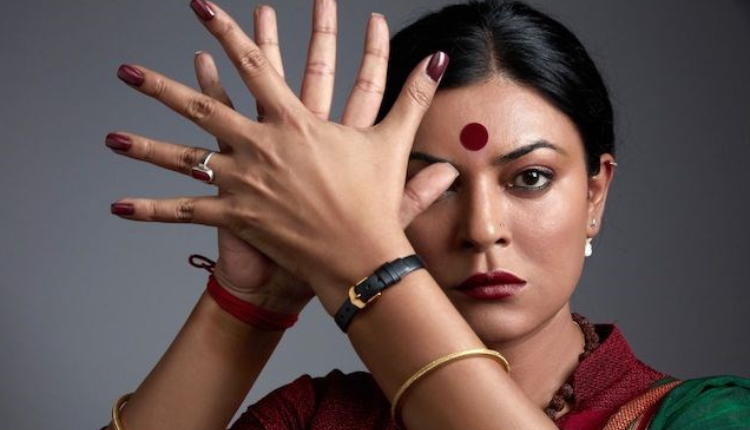 Actress Sushmita Sen is all set to essay the role of transgender activist Shreegauri Sawant, in an upcoming biopic titled `Taali`.

The `Main Hoon Na` actor took to her Instagram handle and shared the first look with her fans and followers. Sharing the first look, she wrote, “Taali – Bajaungi Nahi, Bajvaaungi!! #firstlook as #ShreegauriSawant, Nothing makes me prouder & more grateful than to have the privilege of portraying this beautiful person & of bringing her story to the world!! Here’s to life & to everyone’s right to live it with dignity!!! I love you guys!!! #duggadugga, #currentlyfilming #Taali #ShreegauriSawant #Biopic @shreegaurisawant @Viacom18 @gseamsak @kartiknishandar @arjunsbaran @ravijadhavofficial @afeefanadiadwala @kshitijpatwardhan”

Taali is a story about struggle, resilience, and indomitable power, it is about Shreegauri Sawant, who was born as Ganesh and raised in Pune and became a formidable name in transgender activism.

Shreegauri Sawant is the one of the petitioners of the National Legal Services Authority (NALSA) which was filed in 2013, in which the Supreme Court recognized transgender as the third gender with a final verdict in 2014.

The upcoming biopic will shed light on the momentous life of Shreegauri Sawant – from her childhood, her transition, to her contribution to revolutionize the transgender movement in India.

She will be next seen in Disney Plus Hotstar`s `Aarya Season 3` which is currently in the pre-production stage.

Violent Night Trailer Is Out

Delhi! Here comes the best weekend of the year with Comic Con India!

Get ready to celebrate Christmas & New Year with the exclusive programming…

From Sonali Kulkarni to Nagesh Bhosale; meet the power-hungry politicians of Dharavi…