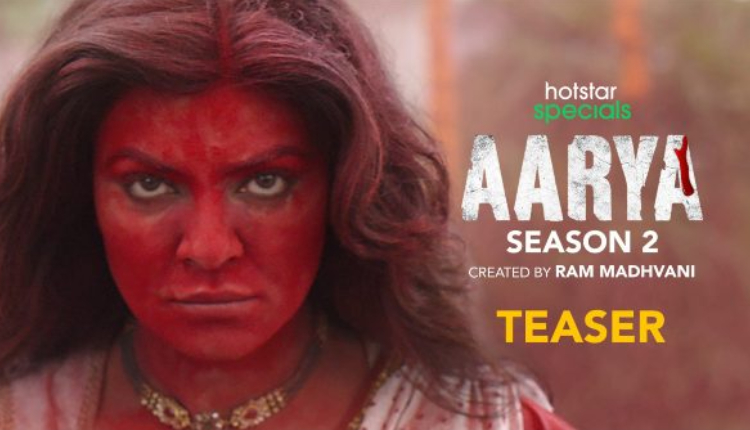 Sushmita Sen starrer Aarya Seson 2 will soon release it trailer and to keep the fans excited, the diva drops a thrilling motion teaser from the series.

Filmmaker Ram Madhvani’s crime thriller ‘Aarya’, starring Sushmita Sen, is one of India’s most loved web series and now the show is set to return with its second season.

Earlier, the teaser of Sushmita Sen’s ferocious look set the Internet ablaze in the motion poster of ‘ Aarya 2’ that left the audience raving as it shows Sushmita pointing a gun at her target from a chopper. The trailer of the second season will be unveiled on November 25.

The show is based on the Dutch drama series Penoza. The series is about Aarya, an independent woman who seeks to protect her family and joins a mafia gang in order to get revenge for her husband’s murder.

Witness a universe of House and Disco at ‘Mount Road SOCIAL’ on Sunday, 28th November, 2021 with Dynamite Disco Club