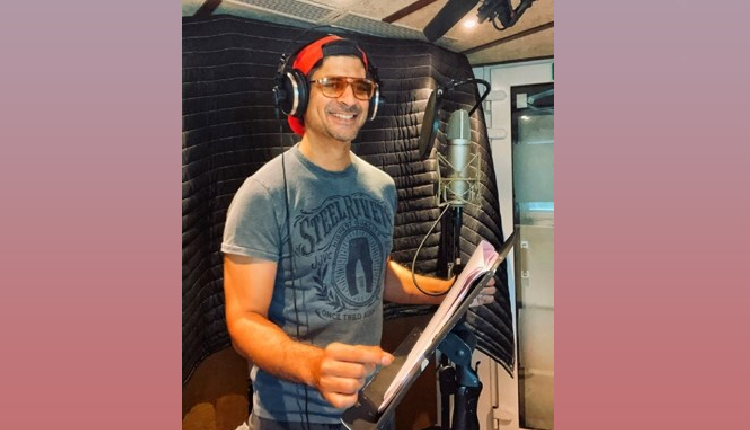 Despite heavy rain, actor Tahir Raj Bhasin is excited to resume dubbing work for forthcoming remake Looop Lapeta.
Due to the rise in corona cases, the projects that Tahir was filming for had all shifted their shooting locations outside Mumbai. He is back in studio, dubbing for his forthcoming outing ‘Looop Lapeta’.
Actor dropped his pictures from the studio and wrote, “It’s pouring outside but there’s stillness here as we run a sound check. Getting to re-live Satya for the #LooopLapeta dub session…Ps: That’s my pretty kicked after seeing the first bits of the film face @sonypicsfilmsin @tanuj.garg @atulkasbekar @bhatiaaakash”
Looop Lapeta is helmed by Aakash Bhatia and jointly produced by Sony Pictures Films India, Ellipsis Entertainment and Aayush Maheshwari. The film also features Taapsee Pannu, it is the official Hindi remake of German film Run Lola Run, slated for October release.
Tahir will also feature in ‘Bulbul Tarang’ opposite Sonakshi Sinha and ‘Yeh Kaali Kaali Ankhein’ in which he has been paired with Sweta Tripathi. He will also be seen in the Ranveer Singh-starrer ’83’, directed by Kabir Khan.