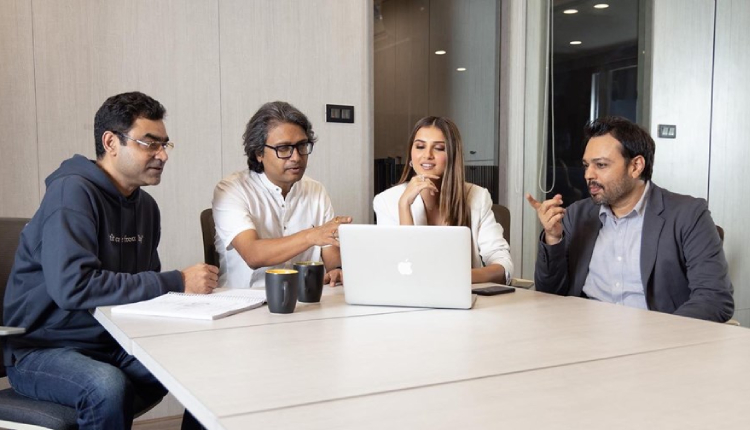 Actress Tara Sutaria confirms her next movie titled Apurva, with directed by Nikhil Nagesh Bhat, it will showcase the gripping story of a girl who survives a dangerous night, using her wits and strength in this high-stakes game of life and death.

Apurva is an edge-of-the-seat thriller and will see Tara Sutaria in a never-seen-before avatar, based on a story that will keep audiences hooked right to the very end.

Sharing a picture with producers and director of the film, Tara shared, “Fearless has a new face, and her name is #APURVA! I am so honoured and thrilled to play such a strong, powerful young woman. Apurva is a game of survival with impossible odds. A nerve-wrecking tale that keeps you hooked till the end. @nix_bhat @StarStudios @duggalbikram @muradkhetani @cine1studios @aksnash

The film is jointly produced by Star Studios and Murad Khetani under Cine1 Studios.

Producer Murad Khetani also shared, “Fearless has a new face, and her name is #APURVA! Our next film ‘Apurva’ starring the talented #TaraSutaria, is a game of survival with impossible odds. A nerve-wracking tale that keeps you hooked till the end. @nixbhat @StarStudios_ #BikramDuggal @Cine1Studios @aksnash”

Meawhile on the work front, Tara is bust promoting Ek Villain Returns, which is written and directed by Mohit Suri, and produced by Balaji Motion Pictures and T-Series. The film also stars John Abraham, Arjun Kapoor, and Disha Patani in the lead roles. It is scheduled for theatrical release on 29 July 2022.