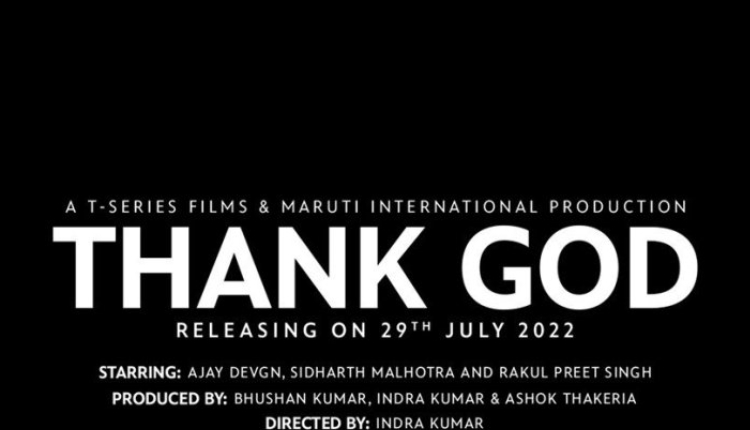 Ajay Devgn starrer comic caper Thank God gets a release date. The slice of life comedy-drama is slated for the 29th July 2022 release.

The film is helmed by Indra Kumar, also starring Sidharth Malhotra and Rakul Preet Singh in the lead roles.

Rakul Preet Singh also shared the same. She wrote, “Happy to announce that #ThankGod, our slice of life hilarious film with a beautiful message, will release on 29th July 2022”

Bankrolled by T-Series and Maruti International. The film is scheduled for release on 29 July 2022.

With Sooryavanshi ruling the box office for the second week, actor Ajay Devgn has a slew of movies lined-up for release. He will soon be seen playing extended cameos in Velle, RRR and Gangubai Kathiawadi. He will lead the cast of Mayday, Maidaan and Drishyam 2.

Apart from acting, Ajay Devng will make a comeback as a director with Mayday. The thriller also stars Amitabh Bachchan and Rakul Preet Singh.

5 Foods to Say No Strictly to Achieve a Flat Tummy