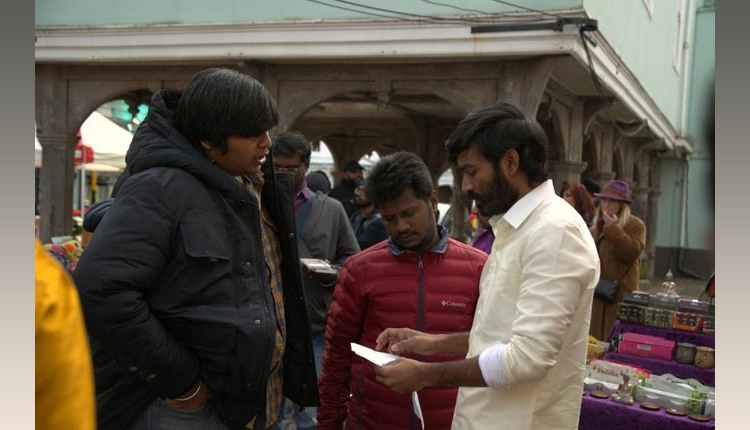 Actor Dhanush, whose gangster movie Jagame Thandhiram is all set to premiere on Netflix from June 18, took to his social media profile and expressed his gratitude towards the filmmaker Karthik Subbaraj.
Jagame Thandhiram, the crime-drama is set in London and has been directed by filmmaker Karthik Subbaraj. It hosts an ensemble cast consisting of Joju George, Aishwarya Lekshmi and Kalaiyarasan, among others.
The film also stars actor James Cosmo, who has featured in several international projects like Game Of Thrones, Chronicles Of Narnia: The Lion, The Witch And The Wardrobe and many others.
Dhanush took to his Twitter profile and wrote, “Thank you @karthiksubbaraj for jagame thandiram and #suruli…I loved every bit of working with you and playing the most notorious gangster #suruli every credit goes to you and your lovely team”
On the work front, Dhanush will soon be seen in Russo Brothers’ big project The Gray Man, which will feature Chris Evans and Ryan Gosling in the lead roles.
The Gray Man is based on Mark Greaney’s novel of the same name. It will release on Netflix.

“I am shooting with my husband for an intimate music video in our bungalow”, Poonam Pandey