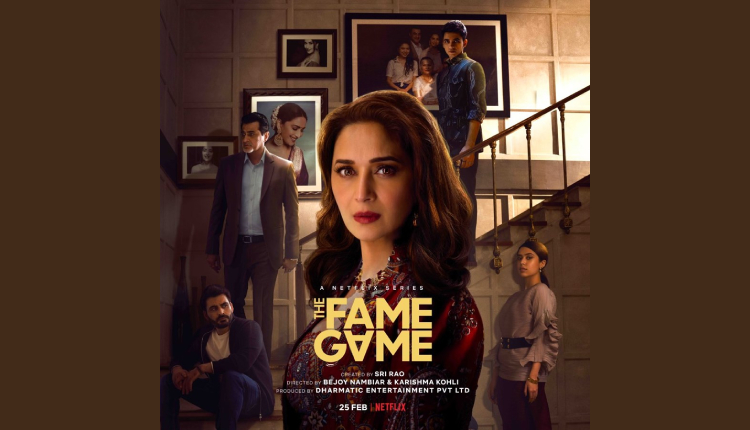 The first look poster and release date of Madhuri Dixit Nene’s debut series, The Fame Game, is out. The series will stream on Netflix.

The Fair Game, bankrolled by Karan Johar’s Dharmatic Entertainment, is a story set in the world of glitz, glamour and fame, will premiere on Netflix on 25th February.

The series was earlier known as “Finding Anamika” but the makers have opted for The Fair Game. Actress Madhuri will play the role of a Bollywood icon, Anamika Anand in the series, who seemingly has a perfect life.

“The Fame Game” brings together Sri Rao as the showrunner and writer and Bejoy Nambiar and Karishma Kohli as directors. The series promises to be a rollercoaster ride through the highs and lows of the actress’s life revealing hidden truths and painful lies.