The Grand India Tour of The Lord of the Rings: The Rings of Power Cast and Crew Culminates with a Mega Asia Pacific Premiere in Mumbai 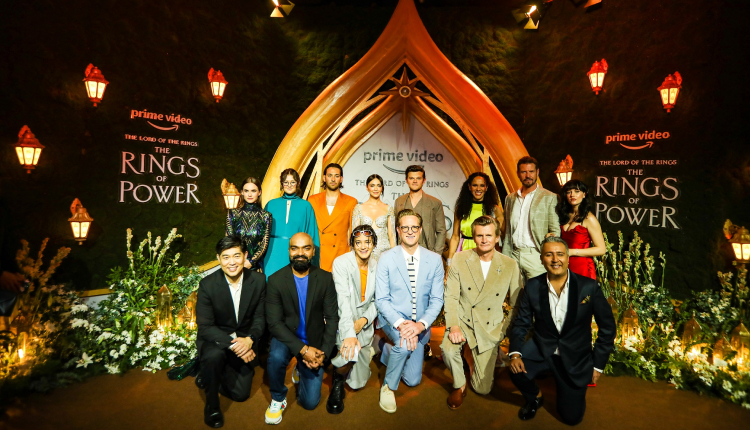 The cast and crew had the opportunity to meet real-life fans of the franchise, Hrithik Roshan and Tamannaah Bhatia, and engage in a fun interaction with them. While Hrithik revealed that he had been a fan of the franchise since he read the books, calling The Lord of The Rings the “inspiration” behind Krrish, Tamannaah described the franchise as “engrossing and captivating”.

Throughout the 2-day tour, the cast and crew immersed themselves in the colours of Mumbai with a visit to the majestic Gateway of India and a meet and greet with the superheroes of Mumbai, the city’s dabbawallas, while enjoying a traditional meal from dabbas.

The Asia Pacific premiere of The Lord of the Rings: The Rings of Power in Mumbai was a part of the global tour which includes premieres in Los Angeles, Mexico City and London. The Amazon Original series will premiere 2 episodes on September 2, 2022, on Prime Video, with fresh episodes dropping every week in Hindi, Tamil, Telugu, Malayalam, Kannada and English, along with multiple other international languages.

Power of fragrance to make people fall in love with you