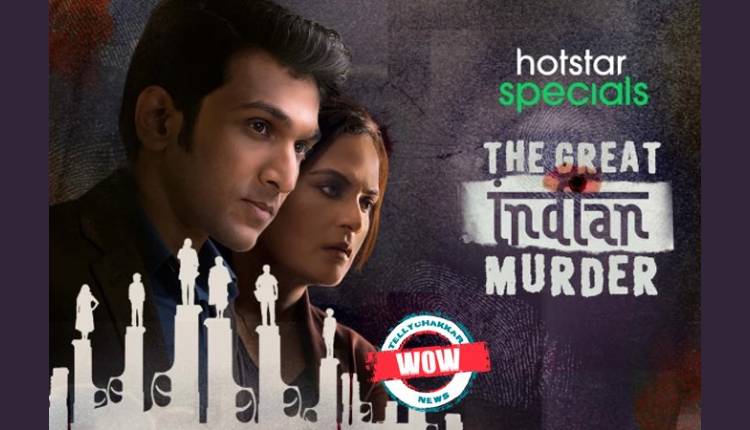 The first official trailer of “The Great Indian Murder is out and this one is laced with politics, skin trade, local terrorism and dirty under belly of power and corruption.

The official handle of Disney Plus Hotstar dropped the trailer for the series. It said, “Every murder has a riveting story behind it. Here, there are six. This February witness a saga of crime, politics and vengeance – #HotstarSpecials #TheGreatIndianMurder – All episodes start streaming on February 4th”

In the series, Richa Chadha and Pratik Gandhi play investigating officers on a high-profile killing of Vicky Rai, the thriller, which is based on Vikas Swarup’s bestselling novel Six Suspects.

Vicky Rai is the owner of Rai Group of Industries and son of the Home Minister of Chhattisgarh, Jagannath Rai. Vicky gets murdered in cold blood at a party thrown by him to celebrate his acquittal in a rape and murder case of two shelter home girls.

Six suspects surrounding his murder come under the radar of the case’s investigating officers DCP Sudha Bhardwaj and Suraj Yadav of Central Bureau of Investigation.

The show will begin streaming on February 4 in Hindi, Marathi, Tamil, Telugu, Kannada, Malayalam and Bengali.