The Lord of the Rings: The Rings of Power: 4 easter eggs that you might have missed in the first two episodes of the Prime Video series 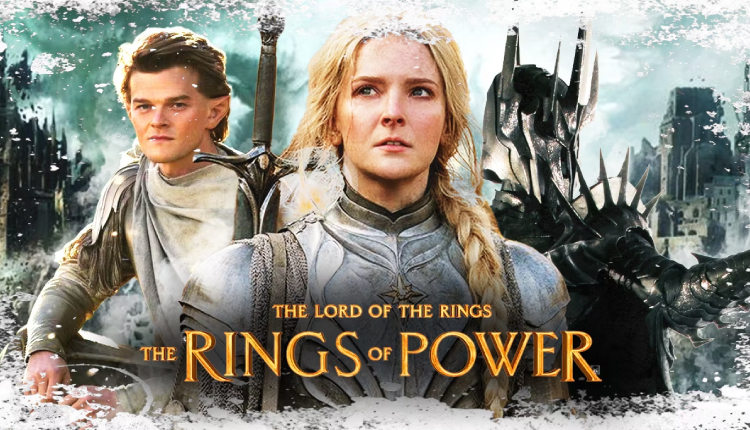 Amazon Originals’ much-anticipated series, The Lord of the Rings: The Rings of Power is now streaming its first two episodes on Prime Video. The fantasy saga has set new records as it garnered more than 25 millions views on its premiere day, all thanks to its magical adventurous journey to Middle-earth Second Age. While the series shows a never-before-seen version of Middle-earth, the makers have slid in some clues that The Lord of the Rings franchise fans simply cannot ignore.

Here are 4 interesting blink-and-miss references that you might have missed:

Galadriel’s link with the Ship and Swan: In the first episode of The Lord of the Rings: The Rings of Power, a young Galadriel is seen making a paper boat which her friends think will sink instead of floating. But surprisingly, the paper boat floats and smoothly moves on water taking the shape of a swan. It hints at Galadriel’s transformation in the upcoming episodes where she will bloom and become more powerful to fight Evil. This vivid imagery of a paper boat-turned-swan sailing through water is a subtle reference to The Fellowship of the Ring, where Galadriel sails on boats that resemble swans.

The Mirror of Reflection: To avenge her brother’s death, Galadriel goes all out to reach the Dark Lord of Mordor, Sauron, with her men. During their journey, what seems like a fortress to them turns out to be the Eye of Sauron, burning in fire. Amidst this, she finds her reflection in the ice, which refers to a scene from The Fellowship of the Ring where Galadirel asks her companions, Frodo and the Hobbit of the Shire, to glance into the Mirror of Galadriel. In the reflection, Frodo sees the Orcs killing other Hobbits, the Shire being ruined along with glimpses of the Eye of Sauron.

Middle-earth lights up with fireworks: Despite disregarding his orders, Galadriel receives a hero’s welcome from the High King Gil-galad as she returns to Lindon after her long pursuit of Sauron. The Elves celebrate her return with fireworks in the sky that take varied shapes and forms. This celebration is a reference to Gandalf’s fireworks at Bilbo’s party in The Fellowship of the Ring.

Tragic endings of Elven-Human relationships: Arondir and his fellow Elven warden’s love affair is an indirect reference to mortal and immortal star-crossed couples, which have led to unhappy endings. Bronwyn warns Arondir about his relationship with his Elven warden, as it may lead to dreadful repercussions. While romantic bonds between Elves and Humans are not common in Tolkien’s writings, it refers to the pairings of the mortal Beren and the immortal Lúthien, and mortal Tuor and the Elf-maiden Idril, whose stories ended tragically.

Are you an eagle-eyed fan who noticed these easter eggs? The Lord of the Rings: The Rings of Power is set thousands of years ahead of Tolkein’s trilogy. While the first two episodes are now streaming on Prime Video, fresh episodes will drop weekly in English, Hindi, Tamil, Telugu, Kannada, Malayalam, and other international languages. Season 1 of the series will have an epic end on October 14.

NATIONAL BEST-SELLING AUTHOR, AKSHAT GUPTA, IS BACK WITH THE SECOND PART OF THE THRILLING SERIES, THE HIDDEN HINDU

&TV actors express their gratitude towards their favourite teachers