The Lord of The Rings: The Rings of Power: Maxim Baldry opens up on Isildur meeting Galadriel and their journey in Episode 6 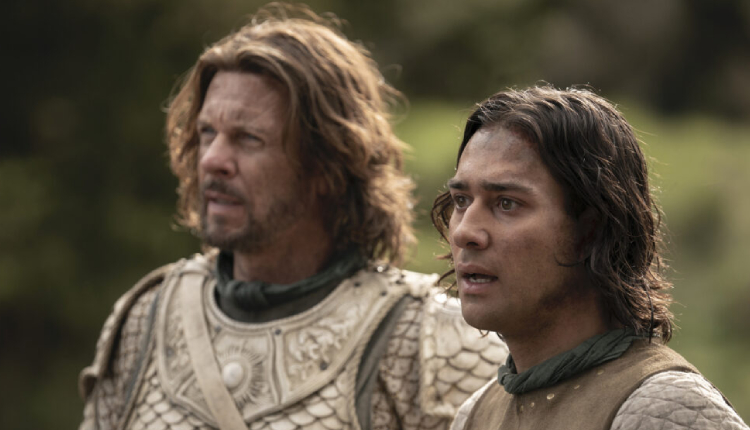 One of the key characters in The Lord of the Rings franchise is Isildur ( Harry Sinclair), a Numenorean sailor, who will eventually destroy Dark Lord Sauron. But, in the Amazon Original series The Lord of the Rings: The Rings of Power, he is an angsty young man with big dreams who wishes to do something ‘worthy for Numenor.’

British actor, Maxim Baldry talks about the exciting journey of Isildur in the new series, “It’s difficult and it’s also a blessing. We know the ending, and we know certain signposts that Tolkien has written for us. We know things and actions that he does, but we know very little about him as a human being, as a person. So building that was definitely a challenge. In this epic series, you’ll watch him grow, become a man, become heroic, and then you’ll watch certain elements of darkness pull him down.”

In Episode 6 Isiludr finally has a brief encounter with Galadriel who admires his eagerness and his love of ‘real Númenor.’ The two have a history destined together, which involves solving the mystery of Isildur’s mother’s death, but before that unveils, they have to reach the Southlands, where trouble is once again brewing.

Prime Video debuted episode 6 of The Lord of the Rings: The Rings of Power titled, Udûn, at No. 1 in the US as per Neilsen’s charts. As the epic battle for the Southlands begins, Prime members can stream all episodes in English, Hindi, Tamil, Telugu, Kannada and other international languages exclusively on Prime Video. The Amazon Original series concludes on October 14, 2022.