The OGs are back— Sam Neill, Laura Dern and Jeff Goldblum talk about returning to the franchise for the epic conclusion 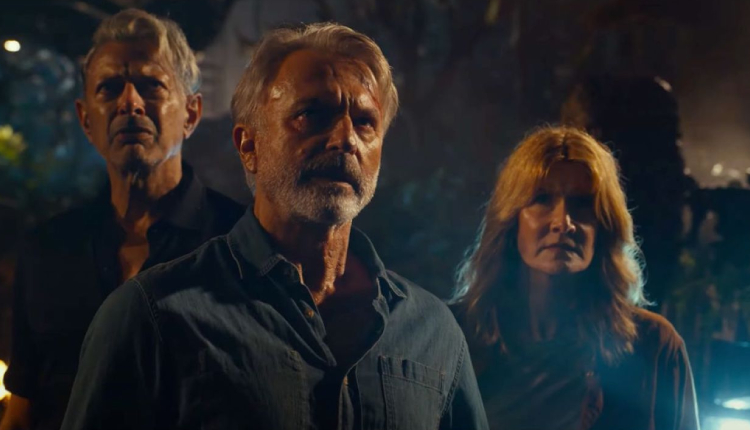 The epic grand finale of the Jurassic franchise is ready to amaze fans across the globe. Making all the right noises for its grand stature, this time the excitement is going to get a notch higher. Set to release on June 10, Jurassic World Dominion focuses on the possibility of dinosaur and human coexistence on the planet. While the trailer of the movie has been garnering good reviews, what is adding to the thrill is the original trio of Sam Neill, Laura Dern and Jeff Goldblum from Jurassic Park, returning to be a part of the conclusion.

Expressing her excitement of joining the team as she reprises her role Ellie Sattler, Laura Dern says, “It’s something that Colin Trevorrow and Steven Spielberg had talked to me about over the last few years, while they were figuring out how to bring the Jurassic World and the Jurassic Park worlds together for this final celebration of the franchise. It was awe-inspiring, and the idea of reuniting with Sam Neill and Jeff Goldblum was just beautiful.”

Jeff Goldblum, who had earlier reprised his role, Ian Malcom, in Jurassic World: Fallen Kingdom, talks about how wonderful it is to collaborate with Dern and Neill in the concluding movie.

He adds, “It was mind-blowing and out-of-this-world to be with them again. They are certainly two of our greatest screen artists and the most sterling human beings that you would ever hope to meet. We laughed, we cried, we improvised!”

Adding on the common sentiment, Sam Neill, who comes back as Alan Grant, shares, “Alan probably has trauma from running away from some of the most savage dinosaurs known to mankind. But, personally, I couldn’t have been more delighted to have been asked to come back and work with my old friends in a franchise that I have always been pleased and proud to be a part of. So, they dug up my old character, who can still more or less run the hard yards if in pursuit…”