The Top 5 culinary talents who will battle it out in the Masterchef Australia S13 kitchen, streaming on Disney+ Hotstar 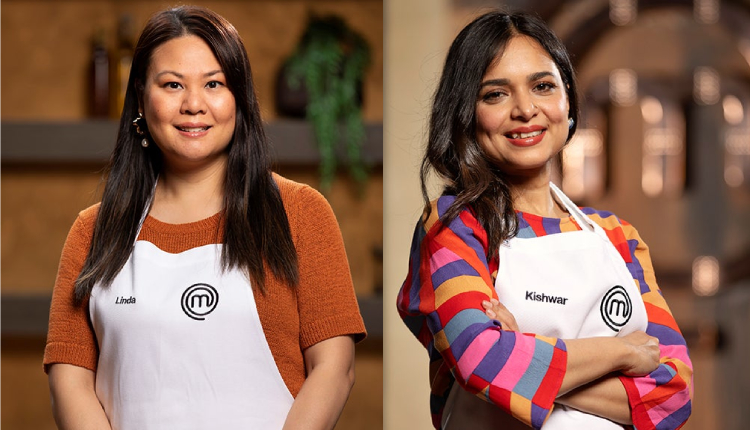 As the competition for MasterChef Australia Season 13 inches close to the finale, it won’t be an easy call for the judges to decide who takes the coveted trophy home this year. Five of the finest chefs from Australia have made it to the end. Each one of these contestants has been successful in bringing their A-game and bowling the judges with phenomenal dishes all throughout the season in MasterChef Australia Season 13, now streaming on Disney+ Hotstar. Here’s all you need to know about the journey of the finalists and the most loved dishes they present through the competition this season:

There’s nothing closer to Kishwar’s heart than the Bangladeshi heritage she hails from and her two children. Her parents, Laila and Kamrul Chowdhury are the pillars of the Bangladeshi community in the Australian state of Victoria. In her home kitchen, she found the flavours from different communities and countries melting in the pot that gave her all the inspiration she wanted to try her hand at cooking. Kishwar’s Hariyali chicken with an Australian twist, Bengali Khichuri and Begun Bharta won the judges’ hearts and her position so far.

Justin started to cook at the age of 13 and why not? Justin Narayan from Western Australia had a lineup of amazing cooks at home. His mother, he says, is the best cook he knows and his connection with his grandparents was built from watching cookery shows since childhood. From a young age, Justin found joy in plating dishes and creating a memory through food. Justin managed to surprise the judges of the season with a number of dishes but his Indian Chicken Tacos, Charcoal Chicken with Toum, Flatbread and Pickle Salad and Indian Chicken Curry, Crispy Chicken Skin and an Apple and Cucumber Pickle have been his best work in the competition.

Pete Campbell, from New South Wales in Australia, is a self taught cook who only took up cooking about six years ago. In the past two years, Pete has made an effort to understand techniques and flavour pairings. Pete believes that the food and dining experience has the potential to change the perception of any city in the world. He and his wife travelled across Europe, USA and Asia; making a point to eat at fine-dining restaurants in each city. This season, Pete added heat in the competition with his Carrot Steak with Béarnaise Emulsion, and Lamb and Turnip with Saltbush, and Roasted Lamb Sauce – two of his dishes which the judges loved.

It won’t be wrong to say that Dalrymple started out young. She was five when she started to take interest in cooking while sitting and assisting her grandmother. Her inspiration for food comes from her rich heritage. She’s Laotian on her mother’s side and Chinese-Cambodian on her father’s and her unique heritage reflects in the simplicity and honesty of the dishes she plates. Linda Dalrymple’s Seared Seafood in a Tom Yum Broth and the Kohlrabi Salad with Beef Eye Fillet surprised the judges and won her ample praise.

Inspired by home cooking since she was a toddler, Elisa finds peace in travelling and admits that she’ll die happy if she gets Nigella Lawson, who she draws inspiration from. She cites her strengths in making delicious curries, roasts and braises. She dreams of owning a farm to table restaurant in Gippsland. She loves Japan and her affinity for the country reflects in the dishes she chooses to innovate with. Elise Pullbrook’s Barley, Shiitake and Yuzu, Pappardelle with Sardines, Native Aqua Pazza, and Pumpkin Agnolotti with Kombu Brown Butter are some of the dishes that impressed the judges throughout the season.