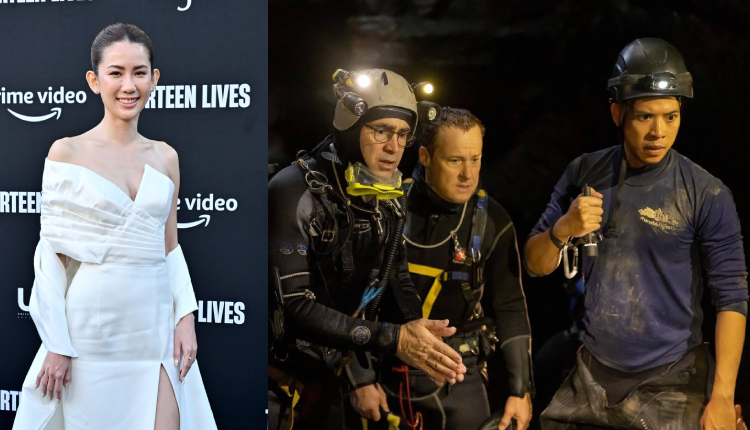 Prime Video’s latest offering Thirteen Lives is receiving tremendous responses from critics and viewers alike for its precise and thrilling portrayal of the horrors of the flooded Thai Luang Cave. The survival drama retells the story of 2018 when the Thai soccer team was trapped in the cave for nearly three weeks. With the right amount of emotions, visual spectacle and apt depiction of Thai culture, Thirteen Lives has touched millions of hearts around the world.

Director Ron Howard left no stone unturned to bring the essence of Thai culture into the film. From Thai cinematographer Sayombhu Mukdeeprom to producers Raymond Phathanavirangoon and Vorakorn Ruetaivanichkul, he hired these Thai professionals to enhance the narrative. With them, Ron also relied on actors from the region, and one such actress who stood out was Pattrakorn Tungsupakul. The 33-year-old plays the character of Buahom, a single mother, whose son is fighting for his life with others in the cave, as she waits outside.

Calling her experience refreshing and strange, Pattrakorn Tungsupakul shared, “Ron always asked me, ‘What do you want to do?’ ‘What do you want to say?’ And he listened. Because he trusted me so much, I had to prepare myself and work harder. I had to bring my experience to this project.” However, she faced challenges in preparing for her character, as she couldn’t meet any survivors. So instead, she took help from the media footage that was available. “The reporters kept asking ‘How do you feel?’ ‘How do you feel?’ ‘You must be sad.’ It was terrible. But for me, it was good because I have to do research, and I want to see the real reactions,” she explained.

Tungsupakul is a resident of Chiang Mai, a city close to the Tham Luang Cave, and that’s when director Ron Howard thought she’d be a perfect fit for the character. Comparing her character to a mother waiting for her child during surgery, Howard said, “She’s the most broadly relatable person in the film. Dramatically, she’s the most heartbreaking.”

While Tungsupakul is proud and elated to receive adulation from all over, she wishes her late father could witness her success. “If there is any wish that I could make. I want Prime Video to be available where he is now so that he can watch me in ‘Thirteen Lives,’ too,” an emotional Tungsupakul said.