This is how netizens reacted to Raame Aandalum Raavane Aandalum, a film produced by Suriya

Recently released Tamil social satire Raame Aandalum Raavane Aandalum is the talk of the town. The movie received much applause and appreciation from critics and fraternity in the Tamil Film Industry. Directed by Arisil Moorthy, the film was produced by Suriya under his banner of 2D Entertainment and co-produced by Rajsekar Karpoorasundarapandian. The movie features an ensemble cast including Ramya Pandian, Vani Bhojan, Mithun Manickam and Vadivel Murugan. After getting acknowledged by the film industry, let’s have a look at what people have to say about this social satire movie set in a village that is filled with drama and laughter. 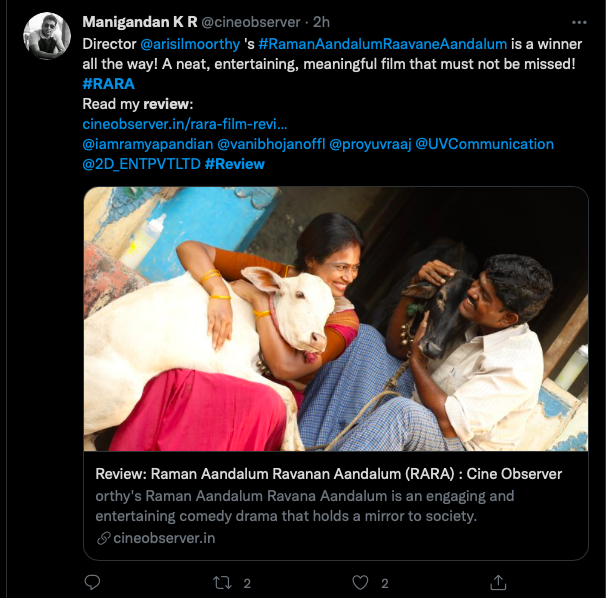 SOCIAL is back with #SOCIALStumps this Cricket Season