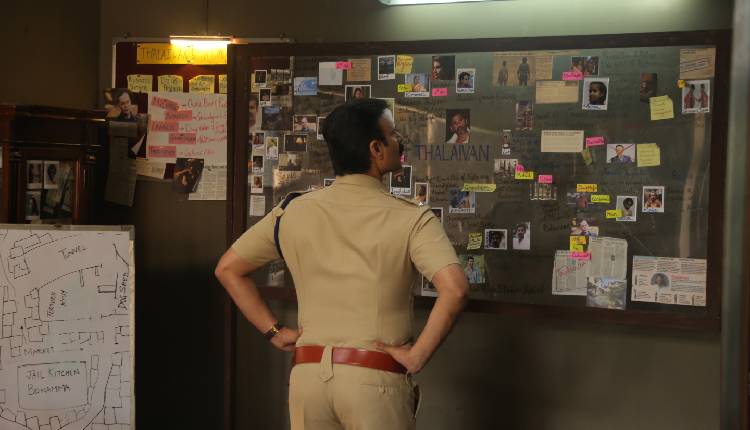 With a phenomenal 9+ rating on IMDb, MX Player’s Dharavi Bank is enjoying a successful run in the OTT world. As per Chrome DMs’ COTT – this gripping revenge drama secured the top spot on the Top Shows list and was the Top Binged Show, followed by Amazon Prime Video’s Breathe: Into The Shadows S2 and Netflix’s Khakee: The Bihar Chapter came in third place.

1. The Cop and Gangster StandOff:

A crime thriller is incomplete without high octane action amidst the cop-gangster drama! Dharavi Bank offers the perfect adrenaline rush to viewers with JCP Jayant Gavaskar and sharp-shooter Joe Rodrigues chasing the ruthless Thalaivan in the bylanes of Dharavi. The cat-and-mouse chase between Vivek Anand Oberoi and Suniel Shetty among 1000 locals is a scene that will remain etched in your mind. The real-life locations of Dharavi and Kumbarwarda, the real and raw streaks that Vivek and Suniel bring alive while being stuck in the maze of Dharavi, and the skilful direction and use of the area are what make this scene memorable.

They say dogs are a man’s best friend but a scene in this thriller highlights Thalaivan’s henchman Tarakeshwar feeding his dogs which will leave you with goosebumps. An otherwise sweet and friendly chore takes an outright dark and scary turn when you find that Tarakeshwar is feeding his dogs with human flesh. But a fun anecdote to this scene is that no animals were harmed in shooting this gory sequence. In fact – while the dogs acted ferociously, they were in reality very friendly and it was challenging to show them riled since they were extremely playful.

3. The symbolism of the crows in Thalaivan’s courtyard:

In this spine chilling sequence, Thalaivan is seen watching a flock of crows descend in his courtyard, cawing around an injured fellow crow. The symbolism and poignancy of this scene is beautifully emoted by Suniel Shetty who is battling multiple issues as Thalaivan in the show. To make it look real and believable, the team used CGI, but it’s the fear in his eyes, his body language and his tone that are so perfect that it makes viewers feel that they’re watching him shoot the sequence live. And what’s more is that Suniel Shetty performed it in one take.

4. The ruthlessness of Thalaivan as he kills his own cousin – Ram Krishnan:

The paradox that Thalaivan is, he values his family above all but as long as they don’t go against him. The ruthlessness is out for all to see as Thalaivan, while singing a lullaby while brutally killing his own cousin. One of the riskiest and most difficult scenes in the series, the makers hung a stuntman from a ceiling fan with a tight rope taking all safety precautions to get the tone, pronunciation and mood right to shoot this sequence.

Episode one opens the doors to JCP Jayant Gavaskar’s secret room, where he hides his deepest and darkest secrets. An important scene that moves the narrative forward, Gavaskar’s secret room was designed taking inspiration from Prof Nash’s room from ‘A Beautiful Mind. With walls full of pictures, paper cuttings and maps, it brings to life Gavaskar’s crime-driven life, journey and career. So, if you’re keen to enter into a police officer’s mind, this scene is just for you!

Oil Pulling – Was the Health Trend Safe or Not?