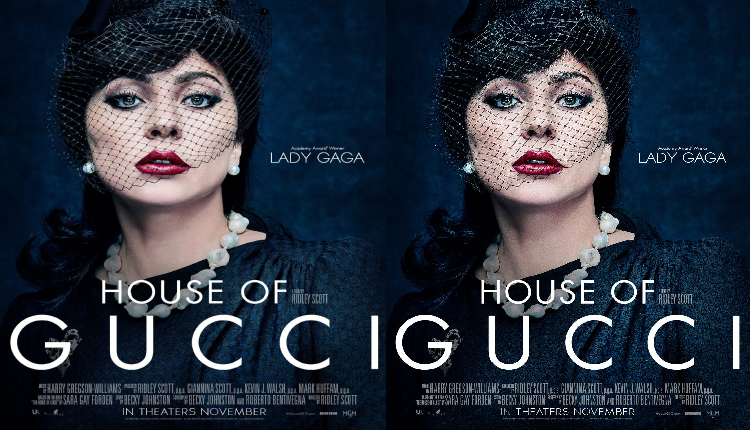 Share
The first official trailer for House of Gucci is finally out, and this one stars an all-star ensemble of Lady Gaga, Adam Driver, Jared Leto, Jeremy Irons, Salma Hayek and Al Pacino in the lead roles.
The biographical crime drama is directed by Ridley Scott, based on the 2001 book The House of Gucci: A Sensational Story of Murder, Madness, Glamour, and Greed by Sara Gay Forden.
It stars Lady Gaga in the role of Patrizia Reggiani, who was tried and convicted of orchestrating the assassination of her ex-husband and former head of the Gucci fashion house Maurizio Gucci, portrayed by Adam Driver.
The film chronicles the shocking true story of the family empire behind the Italian fashion brand Gucci. Spanning three decades of love, betrayal, decadence, revenge, and ultimately murder, we see what a name means, what it’s worth, and how far a family will go for control.
The film is set in 1995 and depicts the events and aftermath of the murder of Maurizio Gucci, an Italian businessman and head of the fashion house Gucci, by his ex-wife Patrizia Reggiani.
Filming took place from February to May 2021 in various parts of Italy. House of Gucci is scheduled to be released in the United States on November 24, 2021, by United Artists Releasing.
Adam DriverAl PacinoHouse of GucciJared LetoJeremy IronsLady GagaMaurizio GucciPatrizia Reggian
Share FacebookWhatsAppLinkedinTwitterPinterestEmailFacebook MessengerTelegramViberPrint