Tuck Jagadish a.k.a. Natural Star Nani Surprises his fans With a Never Done Before Innovation in India 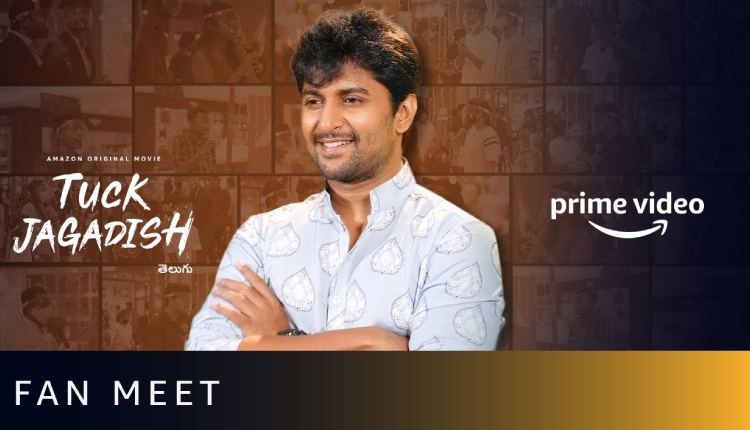 Tuck Jagadish, recently released on Amazon Prime Video and has received much love and appreciation by the film fraternity and audiences. Nani’s fans were in for a special surprise when they walked into a mall expecting to see a regular poster installed as a part of the promotions, albeit, this wasn’t one of those regular posters. Bridging the gap between reel and real, the ‘supposedly regular’ poster came live, and fans could actually interact with their favourite star Nani.

Backed with state-of-art technology, this was made possible in one of the busiest malls in Hyderabad and it took the shoppers by surprise. Nani, famed to be a natural star, because of the connection audiences have with him, extended a warm welcome to them to his Tuck Jagadish Family through this initiative.

The video is a fun interaction in a mall (Inorbit Mall Tech City, Hyderabad) where a screen was installed with Nani’s static image. The twist was Nani suddenly coming live on the screen having a one-on-one conversation with his fans and talking about his recently-launched Tuck Jagadish asking them what they thought about the film.

Learnt how to check blood pressure and do stitches: Sushrii Mishra on prepping for her character in ALTBalaji’s action drama Cartel