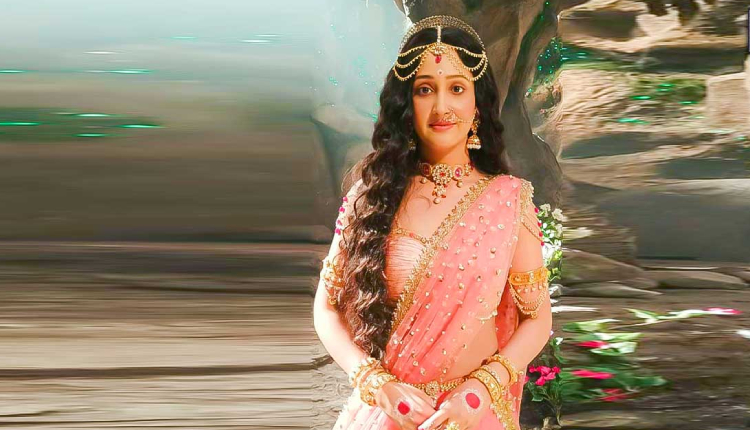 Tell us about the upcoming track where we will see you portraying ten Devi avatars?
Dus Mahavidya comprises ten Devi avatars that are manifestations of Goddess Parvati. It starts with Maa Kaali, the master of death, time, and change and known for her fierce and strong personality, followed by Devi Tara, known as the Goddess of Great Wisdom, and other avatars such as Devi Kamla – known for her grace and referred to as the goddess of wealth, fortune, power, beauty, fertility, and prosperity, Devi Tripura Sundari – the acclaimed roop of Devi Parvati, also known as Rajarajeshwari, Shodashi, Kamakshi, and Lalita. Devi Bhuvaneshwari – a roop of Maa Durga, Devi Chinnmasta – a goddess of contradictions who symbolizes both aspects of Devi – a life-giver and life-taker, Devi Bhairavi – she is the consort of Bhairava, Devi Dhumavati, who is often portrayed as an old widow depicted on a horseless chariot or riding on a crow, Devi Bagalamukhi, who has three eyes which symbolizes that she can impart ultimate knowledge to devotees, and Devi Matangi – considered as the goddess of music and learning.

How challenging is it to play Goddess onscreen?
I have always considered playing Devi Parvati onscreen as a blessing. Very rarely does one get an opportunity to essay ten different Devi roops of goddesses in a single story. Each avatar has a great story and a completely different look, making for an absolute visual treat and an exciting experience. Apart from the make-up and costumes, I had to work hard on my expressions and dialogues and understand each Devi story to beautifully and convincingly bring it alive on screen. The well-sketched script and detailed narration from the creative team and director have helped me portray all the roops appropriately and convincingly.

Tell us about the process of getting into these looks?
It takes a long time and a lot of effort to get into each of the looks or avatars of Dus Mahavidyas. But it has been a worthwhile and quite a learning experience. Every time I got into the appearance of each goddess, I could see immense vigour in me, giving me a lot of confidence to bring out the best and depict each character beautifully. The team, including the writer, director, creative team, costume designer, make-up artist, and everyone else, has worked tirelessly to bring alive all the Devi avatars so magnificently.

Which avatar did you find the most interesting to play?
Each avatar has a great story and a completely different look, making for an absolute visual treat and an exciting experience. Overall, I am thoroughly enjoying the Dus Mahavidyaas track, and I am sure the audience is also engrossed and enjoying the track.

What preparations did you have to get into each character besides make-up and costume?
Apart from the make-up and costumes, I had to work hard on my expressions and dialogues, which truly brought out my best. I also had to understand in depth the story around each avatar. In addition to this, some amount of mental preparedness is required given transitions, which got the best out of me. Very rarely does one get an opportunity to essay ten different Devi roops in a single story. It is a huge responsibility and quite challenging but very creatively satisfying.