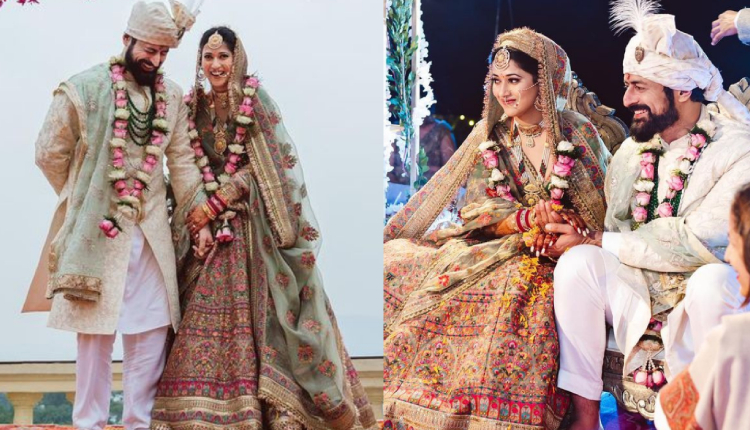 URI fame actor Mohit Raina tied the knot with Aditi in an intimate ceremony and surprised his fans with stunning and beautiful pictures from the wedding.

Although Mohit shared the news of the wedding, he has kept details of his wife Aditi under-wraps, he captioned his post, “Love recognises no barriers, it jumps hurdles, leaps fences, penetrates walls to arrive at its destination, full of hope. With that hope and the blessings of our parents we are no longer two but one. Need all your love and blessing in this new journey. Aditi & Mohit”

Mohit Raina who is popularly known for his role in the Television show Devon Ke Dev…Mahadev, looked handsome for the ceremony in a white sherwani, paired with a pastel green stole.

Meanwhile, the bride, Aditi, wore a pastel green and pink-coloured lehenga with a gold border and intricate embroidery.

On the work front, Mohit Raina shone in 2021 with his performance in the film Shiddat in which he was cast opposite Diana Penty. The film also starred Radhika Madan and Sunny Kaushal.

Mohit also won praises for his performance in the Amazon Prime Video original web series Mumbai Diaries 26/11 in which he played a no-nonsense doctor at a government hospital.