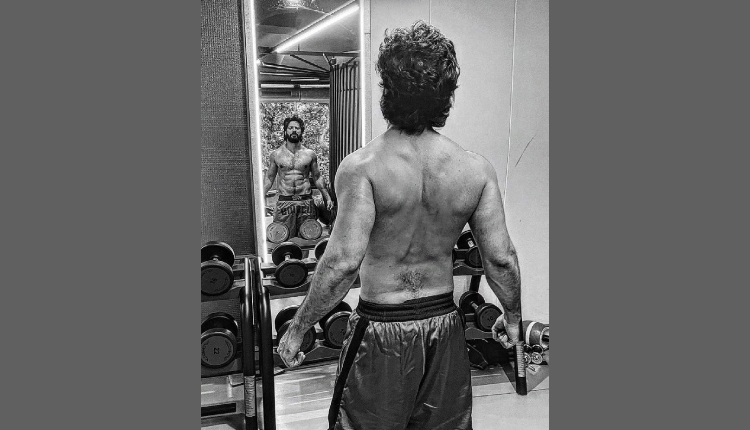 As Varun Dhawan inches close to wrapping up his first-ever horror-comedy movie, Bhediya, the actor expressed gratitude towards the maker and saying goodbye to his new look.

Varun Dhawan took to his social media profile and shared two monochromatic bare-back ripped pictures of himself and wrote, “Last Day…Filming our last key scenes on #BHEDIYA in the next 24 hrs. Since we are not allowed to put out any stills from the film this was the last time I starred in the mirror and kinda had to say it’s time to say goodbye to my long hair, beard and the changes my director @amarkaushik has made me make for this character. Although something tells me this is not the end but a new beginning”

Varun will be seen essaying the role of a half-man and half-wolf in the film. The film went on floors earlier in March in Arunachal Pradesh. The movie also brings together the dynamic duo of producer Dinesh Vijan and director Amar Kaushik, who also helmed the 2018 blockbuster movie ‘Stree’.