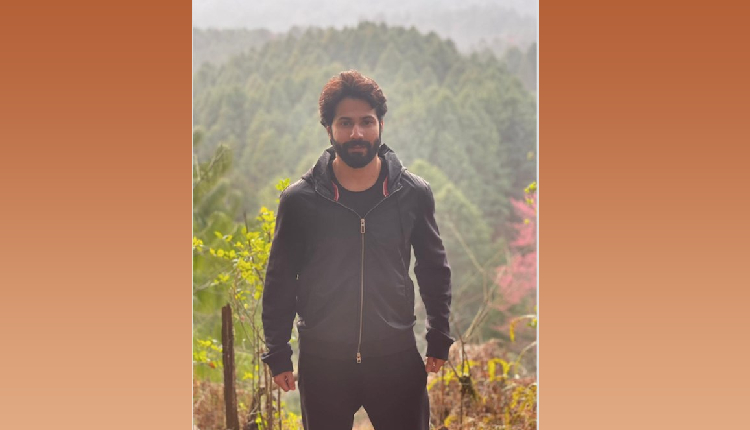 The second wave of Covid had hit the country very hard but slowly the cases are reducing and once again life is getting back to normal. Shoots will be soon resuming with all safety protocols and actor Varun Dhawan will start shooting for his film ‘Bhediya’ from 26th June.

The team had earlier shot for a marathon schedule for over a month in Arunachal Pradesh. 90 percent of the film has already been shot amidst the real locations in mountains and jungles and now the team is all set to finish the final schedule of the film.

The team will now shoot the final leg in Mumbai following all saftey protocols. The shoot will resume from 26th June.

Film ‘Bhediya’ is a comedy horror film directed by Amar Kaushik and stars Varun Dhawan and Kriti Sanon in lead roles. This will be the second time audience will see this pairing on screen together. Earlier the duo was seen in Rohit Shetty’s ‘Dilwale’.

The film is produced by Dinesh Vijan and is a part of his horror comedy universe consisting of films like Stree, Roohi and Munjha. Varun will be seen turning into warewolf on full moon nights in the film. Film is scheduled to release on 14 April, 2022.

On the workfront, Varun will next be seen in Jug Jugg Jeeyo which stars Anil Kapoor, Neetu Kapoor and Kiara Advani alongside him. The film is a romantic comedy directed by Raj Mehta and produced by Karan Johar, Hiroo Yash Johar and Apoorva Mehta.

The Eyes Of Tammy Faye Trailer Is Out, Starring Jessica Chastain And Andrew Garfield