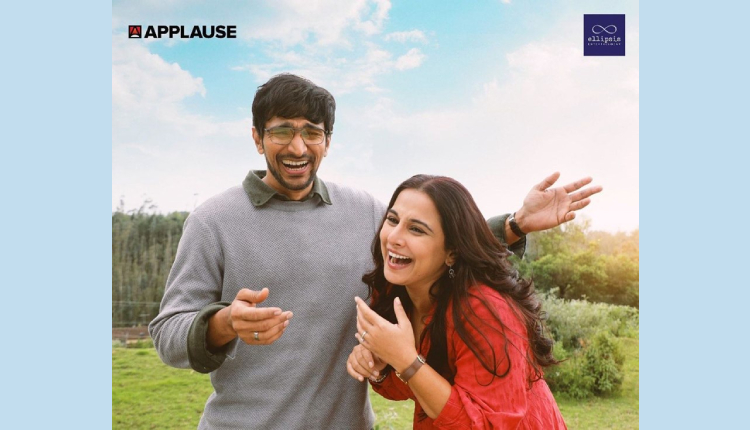 Touted as a progressive, uninhibited take on modern relationships, the film is bankrolled by Applause Entertainment and Ellipsis Entertainment, also starring Ileana D’ Cruz, and Sendhil Ramamurthy in the lead roles.

Pratik also shared the same picture on his Instagram handle and wrote, ” And it’s a wraaaap!!! A wonderful winter spell in Ooty brings us to a film wrap on Applause Entertainment and Ellipsis Entertainment’s untitled romantic comedy-drama about modern relationships directed by @shirshagt…It’s been such a beautiful and fun ride with @balanvidya @ileana_official @sendhil_rama”

The film, a progressive, uninhibited take on modern relationships, marks Applause’s foray into the big screen experience and this second collaboration with Ellipsis (after the Tahira Kashyap Khurrana-directed Sharmajee Ki Beti) promises to be 2022’s ultimate date movie.