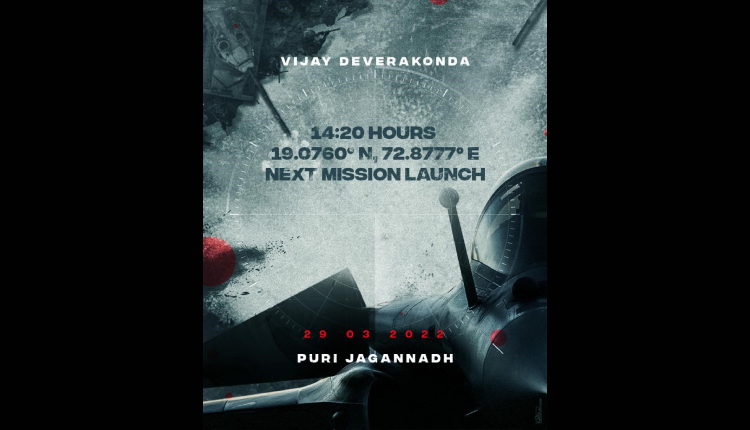 Team Liger – actor Vijay Deverakonda and filmmaker Puri Jagannadh are collaborating on a new project, an aerial drama, the official announcement will be made tomorrow, but the project has been finalised and first look poster is out.

The first look poster is an aerial view from a fighter-jets side-wing, we can see tanks and plane in clear sight with map coordination written on poster as well, going by the poster, this one looks like a fighter pilot based mission oriented drama.

Looks like we need to wait one day before all the deeds of the are announced, but fans are excited!

International boxing star Mike Tyson is set to make his acting debut in the Indian cinema with this film. Shot in Telugu and Hindi, the film is scheduled to be released on 25 August 2022.