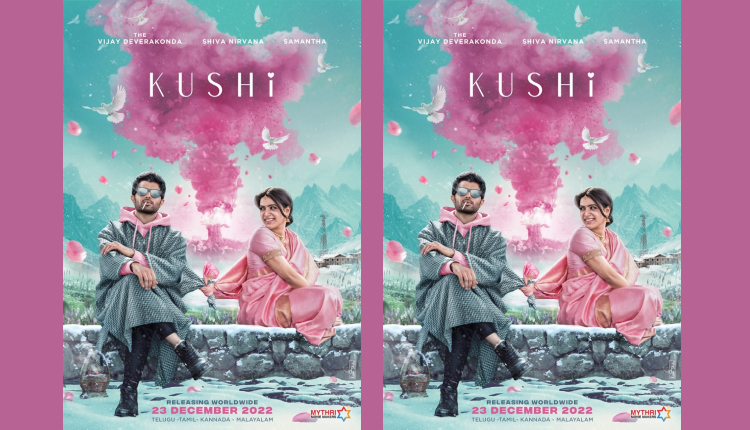 South sensation Vijay Deverakonda and Samantha Ruth Prabhu starrer Khushi’s motion poster and the first look is out along with the release date of the movie.

The duo has been shooting in Kashmir for the last few days for their upcoming film titled Kushi, the Shiva Nirvana directorial will release in cinemas worldwide on December 23.

The film has been Written and Directed by Shiva Nirvana, with Music composed by Hesham Abdul Wahab, Cinematography helmed by G Murali and Editing by Prawin Pudi. Produced by Naveen Yerneni and Ravi Shankar Y, under the banner Mythri Movie Makers.

Sharing the motion poster of the movie, Vijay captioned it, “An Epic Romantic comedy in the making 🙂 This one is for all of you and your families #Kushi”

O2 Teaser Is Out, Starring Nayanthara