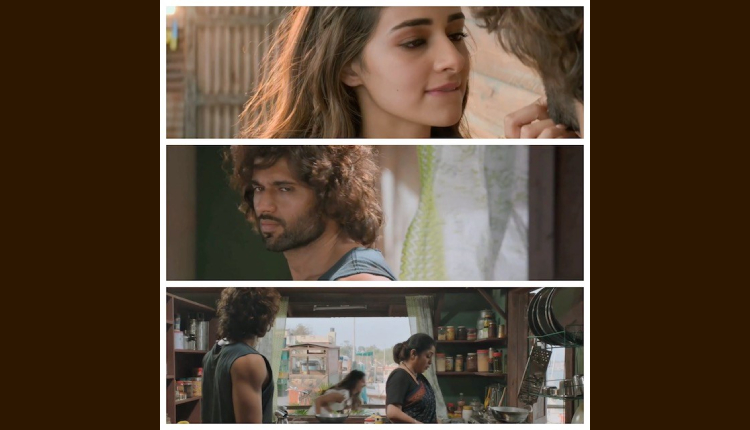 Ruling the chart busters with The Hunt Theme, Akdi Pakdi, and Waat Laga Denge songs, the makers of Liger drops the teaser for fourth single, Aafat from the sports drama.

South sensation Vijay Deverakonda dropped the teaser for Aafat on his social media profile. He captioned it, “There’s always a beautiful drama Queen who will come between a mother and son! #Aafat Song Tomorrow at 4 PM! #Liger”

The song will be out tomorrow. The teaser features adorable chemistry between Ananya, who is little fire-cracker of girl, and Vijay, a humble boy living with his mother.

Deverakonda, who plays a kickboxer with a stutter, underwent a dramatic physical transformation for his role and went to Thailand for martial arts training.

Written and directed by Puri Jagannadh, the forthcoming sports romantic drama is shot simultaneously in Hindi and Telugu, the film is produced by Dharma Productions and Puri Connects.

Boxer Mike Tyson was signed for an extended cameo, thus making his acting debut in Indian cinema. The songs are composed by Tanishk Bagchi and Vikram Montrose.

Liger is scheduled for theatrical release on 25 August 2022.