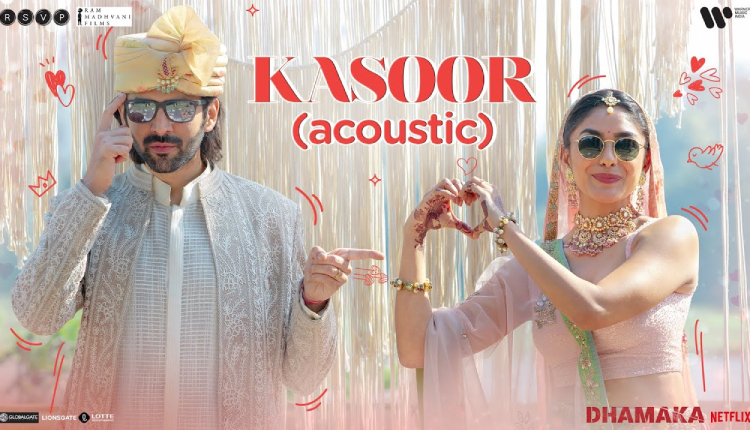 Warner Music India has forayed into Bollywood with its first release. Kasoor – Acoustic version crooned by famous singer-songwriter Prateek Kuhad has once again hit the charts and has been synced in for Netflix’s Dhamaka – an action thriller movie starring Kartik Aaryan as the lead along with Mrunal Thakur and Amruta Subhash in prominent roles.

Kasoor – Acoustic version depicts the beautiful moments of Kartik & Mrunal’s relationship and is one of Kartik Aryan’s favourite tracks of all time. The song has become a raging success from the time of its release and the fans have loved every bit of it. Prateek Kuhad has received love & warmth from all over the world and received global appreciation after being highlighted as one of Barack Obama’s highlights in 2019.

Flipkart Video and Sikhya Entertainment Return With A New Season Of The Hit Crime Series: Kaun? Who Did It?