Windfall Trailer Is Out Starring Jason Segal And Lilly Collins 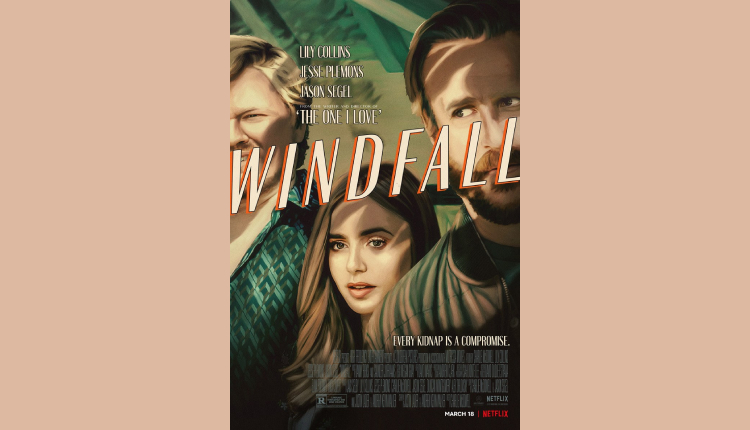 Netflix drops the first official trailer for Windfall, a thriller following a wealthy couple who arrive at their vacation home only to find it’s being robbed.

The concept for this one, created by co-star Jason Segel, explores Hitchcock style narrative, where everyone is just wondering about what if, but there is no answer on the horizon.

Windfall is a taut psychological thriller that’s a throwback to old noir-style filmmaking – following a tech billionaire (Jesse Plemons) and his wife (Lily Collins), who arrive at their idyllic vacation home only to find it’s being robbed by a man (Jason Segel). And the trio makes a bond only to find everyone is hiding something.

The screenplay is written by Justin Lader and Andrew Kevin Walker, based on a story by Jason Segel.

Netflix Drops Pieces Of Her Trailer