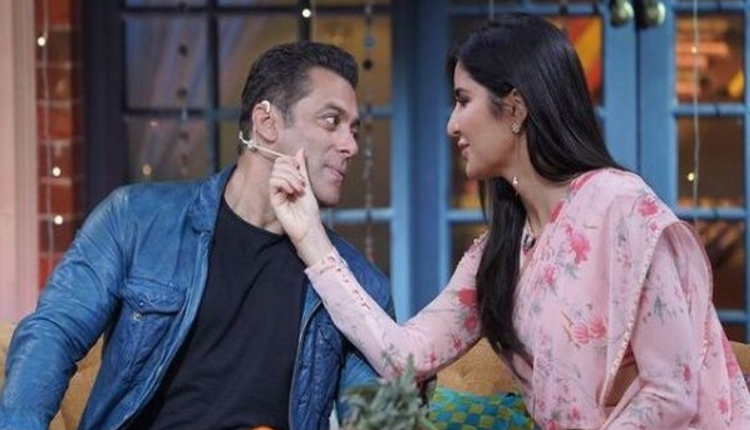 Finally, late last night superstar Salman Khan took to his social media profile and extended the sweetest birthday wish to Katrina Kaif, as she turned a year older.
Salman Khan shared an adorable throwback picture with his ‘Bharat’ co-star in which she can be seen adjusting his face mic. The caption read, “Wish u an amazing birthday Katrina! Healthier wealthier wiser birthdays with lots of love n respect in your life. @katrinakaif”
Katrina Kaif clocked her 38th Birthday yesterday. Fans, friends, co-actors and more went into frenzy wishing the superstar diva.
Katrina also had shared a gratitude post on her social media handle to express her love for all the wishes she received on her birthday. With a picture in which she can be seen enjoying in a pool, she wrote, “Birthday. thank u so much everyone for all the love always.”
On the work front, Salman and Katrina last shared the screen together in Ali Abbas Zafar’s ‘Tiger Zinda Hai and Bharat’. The stars will soon collaborate for ‘Tiger 3’.
Salman Khan is also busy with Antim – The Final Truth, which directed by Mahesh Manjrekar and produced by Salman Khan under the banner of Salman Khan Films. The film also features Aayush Sharma and Pragya Jaiswal in the lead roles. The film is based on the 2018 Marathi film Mulshi Pattern.
Katrina will also star in the horror-comedy ‘Phone Bhoot’ with Siddhant Chaturvedi and Ishaan Khatter.

As part of the #ALTBingeathon campaign, ALTBalaji brings ‘The Director’s Lab’, a masterclass for aspiring storytellers