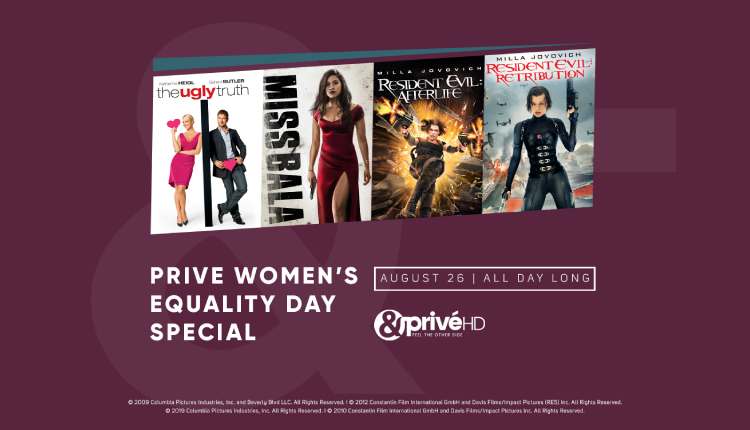 Women across the world have time and again proved their metals when it comes to power- mental or physical. From leading some of the best organizations to leading sports teams to victory, from action scenes in films to fighting evils in real life, women have left no stones unturned to prove their might. To celebrate this girl power, &PrivéHD brings a special binge of inspiring films with some powerful women characters on 26th August.

At 9 AM, in The Shallows audiences can watch surfer Nancy’s (Blake Lively) battle for life as at just 200 yards from shore, she is attacked by a great white shark and her short journey to safety becomes the ultimate contest of wills. Next up at Noon is The Ugly Truth featuring a strong female lead Abby (Katherine Heigl). In the film Abby, an uptight television producer takes control of a morning show segment on modern relationships hosted by a misogynistic man. Next, in Kathryn Bigelow’s Academy Award-winning film Zero Dark Thirty, join the 10-year-long hunt for the world’s most dreaded terrorist by following analyst Maya played by Jessica Chastain and her team. Apart from these, the channel will also feature Resident Evil: Retribution and Miss Bala.