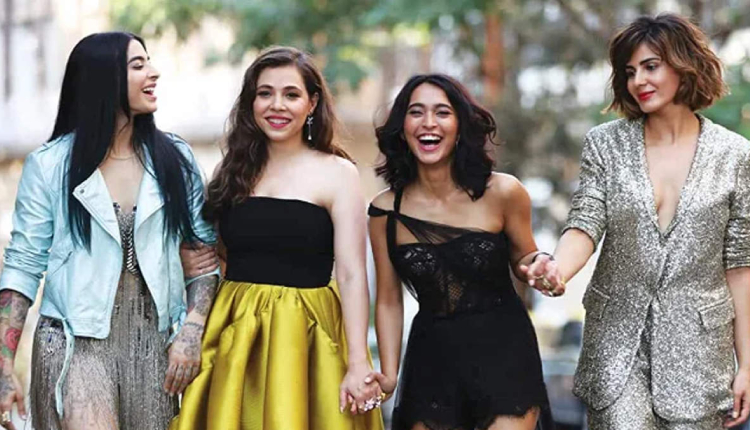 Devika Bhagat is a prominent screenplay writer, who has dabbled in mediums spanning cinema, television, and digital platforms. She has a diverse range– from writing films like Manorma Six Feet Under, Jab Tak Hai Jaan, Bachna Ae Haseeno, scripting television shows like Mahi Way to now writing series such as Unpaused and Four More Shots Please! She is currently basking in praise for her latest, Amazon Prime Video’s anthology Modern Love: Mumbai, where she is credited for writing Nupur Asthana-directed ‘Cutting Chai’. She also doubled up as a consultant writer on the series.

Devika Bhagat recently joined as a panelist on the RoundTable hosted by social media platform Khul Ke where she shared her journey, navigating different mediums and genres, finding impeccable command in the digital space with Modern Love: Mumbai and her upcoming projects. The RoundTable was moderated by Priyanka Sharma. Khul Ke is the only platform to allow video, audio, and text-based conversations among moderators, panelists, and the audience.

Devika Bhagat gave a sneak peek into her two upcoming shows, Shehar Lakhot which is under production, and Four More Shots Please! Season 3, which the audience will get to witness by the second half of the year.

She added, “Expect a lot of emotions from season 3 of Four More Shots Please. Even the seasons are going through arcs!”

Shehar Lakhot is an Indian Television Series created by Devika Bhagat and Navdeep Singh. It is a story about a man who reluctantly returns to his hometown where he not only battles his past demons but also gets drawn into an even bigger cesspool of smoke and mirrors and must now prove his innocence. The cast of series is Priyanshu Painyuli, Shruthy Menon, Chandana Roy Sanyal and Kubbra Sait.

Devika Bhagat started her career at an early age as a second assistant director but later went on to become one of the most noted writers and gave us hits like Bachna Ae Haseeno, Jab Tak Hain Jaan, Four More Shots Please. Talking about her journey and association with Yash Raj Films, Devika said “I graduated from the film school at NYU and came to Mumbai to become a director around 2002-2003. Life, however, had certain other plans for me. I was struggling to get work as an AD and had to earn to pay my bills. I was very close friends with Abhay Deol, who then was also a struggler like me. Later on in life, I met Imitiaz Ali through Abhay, he asked me to co-write a film that unfortunately did not come into being. During this journey, I happened to visit the Yash Raj Films office to narrate a script which again did not culminate. It was Arjun Sablok through whom I met Aditya Chopra, who had read my previous script. He then narrated a one-liner and asked me to develop it. That’s how Bachna Ae Haseeno was born.

“Aditya Chopra does not need narrations. He is one of those, who reads scripts and have feedback sessions, which I love because I hate giving narrations. Years after Bachna Ae Haseeno, Aditya Chopra offered me to co-write Jab Tak Hain Jaan and I said a yes to it only because I thought I would be able to work with Yash Chopra but that did not happen as Yash ji was not keen to work on it. My association with Yash Raj Films has been an enjoyable and memorable one.”

On a concluding note, Devika Bhagat advised all the aspiring writers to always listen to their voice, take feedback and judgment but always be true to themselves. She urged them to always write what they want to and follow their instincts. As for voices always trying to school female screenwriters from within ans outside the industry, Devika said, “You should not tell female writers to stuck to a particular genre. Female writers can write any genre just like make writers.”