Yami Gautam As Maya In Bhoot Police, First Look Poster Is Out 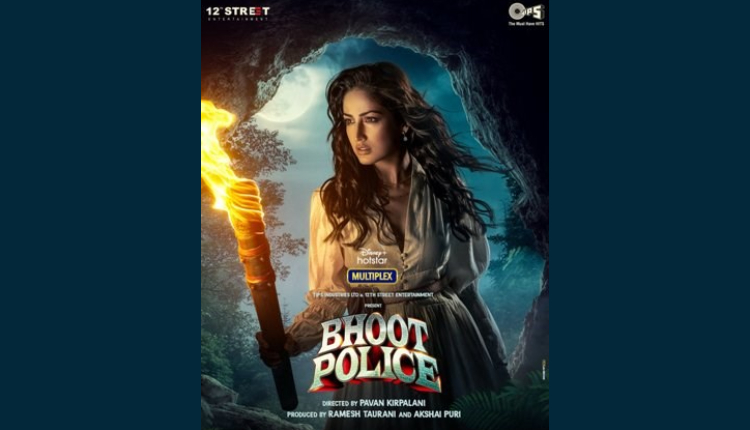 After unveiling Arjun Kapoor as Chiraunji, Saif Ali Khan as Vibhooti, and Jacqueline Fernandez as Kanika from the ghost-busting comic caper Bhoot Police, the makers are out with first look poster for Yami Gautam, she will be seen playing the role of Maya.

As always, Yami is looking super gorgeous in her first look from the film. The film is a horror-comedy and the foursome will be seen playing ghostbusters in the movie who unravel several hilarious mysteries during their ghost encounters. The film was shot last year in Himachal Pradesh.

The film is directed by Pavan Kirpalani who has previously directed thrillers like Ragini MMS’ and Phobia’. It is produced by Ramesh Taurani and Akshai Puri.

The film will be released on Disney +Hotstar. Yami is also busy with Dasvi, a social comedy film written by Ritesh Shah and directed by newcomer Tushar Jalota. The film is produced by Dinesh Vijan under his banner Maddock Films in collaboration with Jio Studios. It also stars Abhishek Bachchan and Nimrat Kaur.

PRIMROSE 131, A HERITAGE PROPERTY IN MYLAPORE, OPENS ITS DOORS AS A LUXURY EVENT SPACE

Justin Narayan brings his Indian and Fijian culture in his preparations and leaves the judges and audiences wanting more, new episodes release only on Disney+ Hotstar