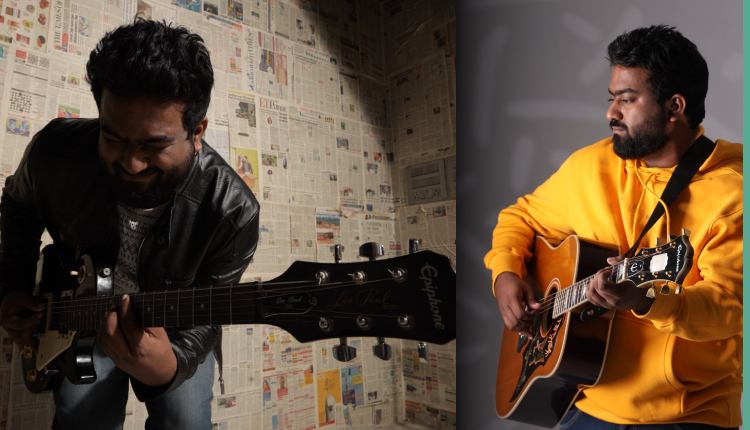 Alvin Presely is a versatile multi-instrumentalist and music producer based out of Chennai, India. A well-known name amongst independent artists, Alvin has carved out his own unique sound using his musical prowess combined with thoughtful lyric-writing. With the release of his 4 track Bilingual Debut EP titled ‘Fall Today’ in 2020, Alvin received an immensely positive response in the Chennai Indie Scene and even across the country.

Written, produced, mixed and mastered by Alvin himself, ‘Fall Today’ is a collection of Alvin’s most vulnerable and personal songs which instantly connect with every listener.

Alvin will perform his originals in Tamil, Hindi and English along with his band – Vinay Ramakrishnan on Drums and Conrad Simmons on Bass. Gautam Rajasabai who goes by the stage name ‘Gooth’ will also be performing a solo indie/electronica produced a live set of his originals to open the show. The show is being promoted by the Instagram music persona ‘TheChennaiScene’ and originaldog.in – a platform created to support independent artists.

Come down to Black Orchid on Friday, 25th of March to experience the best of Chennai’s independent artistry and musicianship.

Redefine Adventure at Sharjah Safari, the Largest Safari in the World Outside Africa