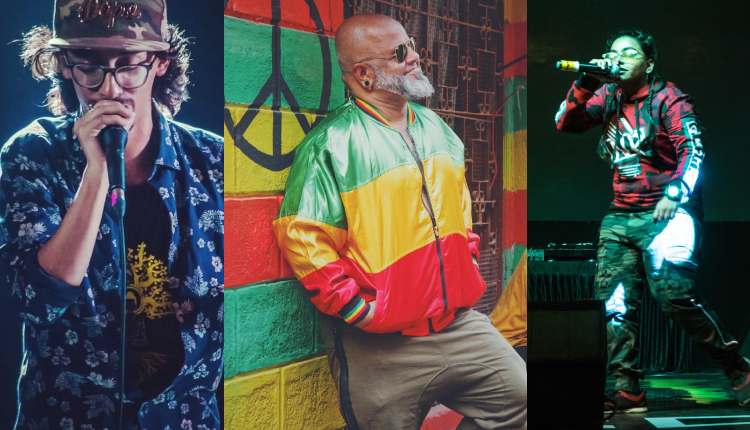 Bombay Beats- brought to you by Soundrise, is a unique and free gig for all you early weekend risers at antiSOCIAL Mumbai on Sunday 28th August at 11 am.

Soundrise in association with antiSOCIAL, will host this showcase of street based music styles such as beat boxing, rapping, break-dancing artists from The Dharavi Dream Project, followed by an Afro-Caribbean-Hip hop- Reggae set by Major C of the popular Bombay Bassment crew and supported by MC LIT and MC Danish.

Soundrise is a community and platform that provides upcoming artists with an opportunity to showcase their talent whilst curating intimate performance across unique spaces.

Although this is a free gig for adults and children alike, voluntary donations will be encouraged (via cash or UPI) which will entirely go towards supporting the artists.

In a music industry filled with wild beast and wannaB’s; there’s your one n’ only; “MAJOR C”. The man behind the beret and gnome-like beard, ‘MAJOR C’ is the newly baptised beat; one everyone’s about to hear. ‘MAJOR C’, your friendly-rotund DJ has been “around” spinning the hottest tunes on the coolest decks before kids began exchanging music on cassettes. One of Mumbai’s premier DJ’s and the main man behind the acclaimed Hip-Hop act “Bombay Bassment”, ‘MAJOR C’ has been conceived by the system way before anyone even knew the ‘scene’. Fresh off the block with his foray on the world stage with his band; ‘Major C’ performed at ‘Glastonbury’ the illustrious music festival along with the likes of Coldplay, Adele, LCD Sound system , Congo Natty, Protoje to name a few. But ‘Major C’ is no rookie with the big guns, having opened and shared stage with ‘Snoop Dogg’, yes the original gangsta daddy of ‘hip hop’, in the year 2013 and also Shared stage with the legendary reggae band ”The Wailers” in the year 2015. His introduction to a newly formed act by the name of ‘Laxmi Bomb’ also ensured the band travelled to Malaysia for a full-blown 6-city tour along the peninsula. Apart from setting the stage alight with Afro Caribbean beats, Hip Hop ‘Major C’ has just composed the entire background score for a web-series, named ‘Lost & Found’ directed by the acclaimed ‘Kaizad Gustad’ in their debut venture together. DJ’ing professionally since 1993 with residencies in watering-holes such as Club escape, Razzberry Rhinoceros, Blackout and Grand Canyon, ‘MAJOR C’ added another virtual feather to his trademark hat by touring with ‘Apache Indian’ & Troy Boi on a four-city tour of the country. His career path has also made its way into Bollywood, Produced a song called SHER AAYA SHER With DIVINE for the movie GULLY BOY. having worked with Deep Sharma indiaudio.com and Himesh Reshammiya on soundtracks such as Quick Gun Murugun and Bodyguard while composing background scores for MTV Roadies and Fox Travellers — What’s up with Indian Men? His upbeat style and smile makes him an instant favourite among friends and fans alike. From playing the first UK B-Boying Championship,,Breezier Vivid Shuffle B Boy Championship.

The Dharavi Dream Project aims to help create and sustain an environment in which the under-resourced emerging Hip-Hop talent be encouraged to follow their passion for music.
It is India’s 1st ever and the only “School of Hip-Hop”.

Sound Rise is a community whose mission is to create space for live music to thrive. The community’s goal is to create a platform for musicians to perform and be discovered by music lovers by curating intimate performances across unique spaces.

Sound Rise looks to give artists a platform to be discovered, showcase their talent and expand avenues for commercial success. For listeners, we provide an opportunity to immerse themselves in quality musical experiences and engage with one another. Our founding team comprises of four working professionals based in Mumbai – Mohit Chhatrapati, Raoul Nanavati, Varun Narayan and Shaan Khanna.

Saathiya From Cuttputlli Is Out