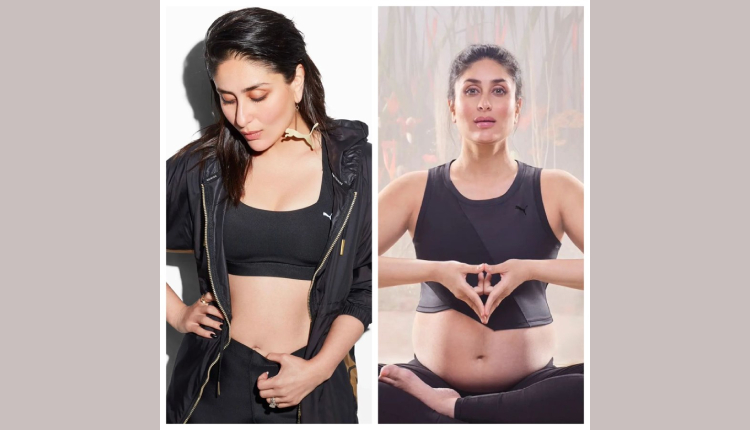 Being a mother of two boys – Taimur and Jeh Ali Khan, actress Kareena Kapoor Khan is an empowered individual and urge every girl to take control of their life on this women’s day.

Sharing a series of pictures on her social media, Kareena Kapoor wrote, “Whether a messy hair day or a glammed up outing, or going from size 0 to size 16, I have thoroughly loved and enjoyed every phase of my life”

“During my pregnancy, I gained 25 kgs, but I never allowed that to interfere with doing the things I love. I remember being 8 months pregnant when I did a photoshoot with PUMA and had so much fun… being confident in my skin and flaunting my baby bump. So to all the girls reading this…it’s your life and your decisions are the only ones that matter…always” added Kareena.

Kareena shared the post as a promotional campaign for the leading brand and furthermore urged everyone to visit the store and get featured on the official website of Puma.

On the work front, Kareena will be seen in ‘Laal Singh Chaddha’ with Aamir Khan. Helmed by Advait Chandan and screenplay were written by Eric Roth and Atul Kulkarni, the film is produced by Aamir Khan Productions, Viacom18 Studios and Paramount Pictures. A remake of the 1994 American film Forrest Gump which itself based on Winston Groom’s 1986 novel of the same name. The film is slated for the 11th August 2022 release.