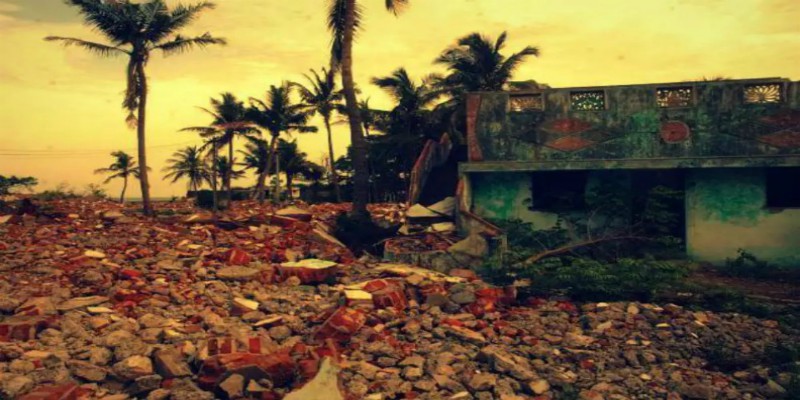 Karikattu Kuppam throws back the hungry splashes of Tsunami.

December 26, 2004, is a date that can never be erased from the memories of the people. While most of the regions were affected by tsunami have been recovered and set good, a hamlet at this place remains in a dilapidated state after so many years. The unbroken walls of the hamlet are right there to narrate how the killer and hungry tide destroyed their livelihood. The hamlet is deserted for ages after the historical tsunami and it left the hamlet into dilapidated houses, abandoned temples, a damaged school, and a totally dried overhead water tank. The hungriest tide tagged a name as the haunted town of the Chennai city.

Karikattu Kuppam is located at Muttukadu which is 32 km away from Chennai. Once it was a busy fishing hamlet inhabited with more families and it is said to be a 150-years-old settlement. See how the killer tide metamorphosized the busy natural hamlet into a haunted town! Everything changed after the tsunami which left four people including two innocent children dead with severe damages and left the population of more 1,320 homeless. The information has blown that people refused to return to the place because they were frightened and horrified. Only a few escaped and were spared from those hungriest tides. As of now, the temples at this exact place like The Sangothi Amman temple and the Karumari Amman temple are abandoned after the terrific date of tsunami tides. It is also said that no more annual festival has taken place after this particular killer incident.  And thus, the stories of ghosts started to spread all over the place about Karikattu Kuppam. 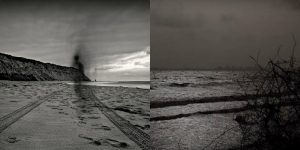 The government of the State took steps in the following years and provided new houses for the local people who survived the tsunami, two km away from the original place. The inhabitants of the original place reluctantly refuse to return back to their original place. People do come and visit this particular hamlet often. The ramshackle hamlet still is with dried coconut trees, old clothes and footwear scattered around, a primary school with a damaged look of blackboards and classrooms, a fishermen meeting hall, a broken fishing boat, damaged houses and heaps of bricks and other piles of debris remains, which contributed to the place to be haunted.

This location has been the ‘bereavement spot’ of mysterious existences with remains of debris and ruined houses that leaves people spine chilling. The spirits of the doomed victims of nature’s merciless act are believed to be still roaming around in this place to this day.

If you’ve been standing at this hamlet to view all this damaged remaining of the tsunami, you could hear the number of souls crying and you could also witness the hungry tides racing over the hamlet. This would make you feel the rage of tides and cries of the innocent soul which together form the doomed December morning.

The breeze in the place still induced with the same damned date of December. Discover the tsunami kicked hamlet near Chennai!