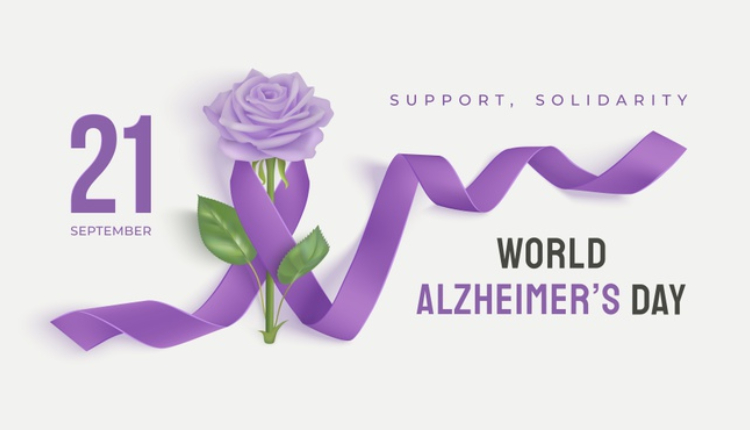 Alzheimer’s disease is a form of dementia that disrupts the connection amongst neurons. Amyloid plaques or neurofibrillary tangles get accumulated within the neurons leading to neuronal death. This neuronal cell death results in tissue loss in the brain over a period of time, thereby shrinking the organ and affecting its functionality.

Alzheimer’s is not a part of ageing, but a type of dementia that causes disturbances in memory, thinking and behaviour. Clinical symptoms develop gradually and become progressive. There are seven stages in Alzheimer’s disease.

Stage-1: Normal functioning declines gradually. This is stage 1 because by then Alzheimer’s has already established in the cellular level.

Stage-3: Mild cognitive decline starts showing up as problems in memory or concentration. There is trouble recalling names and forgetting things. Increased trouble with planning or organising is evident.

Stage -5: Moderately severe cognitive decline with noticeable gaps in memory and thinking, difficulty in recalling their own address/telephone number.

Stage-7: Very severe cognitive decline in the final stage of Alzheimer’s can be seen as losing ability to respond to the surroundings, unable to carry on a conversation and eventually lose control of movement. Individuals suffering from Alzheimer’s disease may lose the ability to smile, sit without support and hold their heads up. Swallowing becomes impaired and muscles become rigid.

Early-stage social engagement as part of everyday routine helps to slow down the decline of memory and thinking for older adults.

Regular physical exercise as part of one’s routine can improve the cognitive reserve.

Cognitive reserve is the capacity to stave off cognitive impairment in the occurrence of an illness. This is developed over lifetime. Thinking out of the box helps to build up this reserve.

Activities to build neural resilience and flexibility helps in building up the cognitive reserve. This includes activities that should be responded with ‘here and now’, and not reacted with ‘past experience’.

A balanced diet which contains foods rich in complex carbohydrates, protein and fats along with micronutrients can improve brain health.

There are many studies that show how cardiac problems can affect brain health. Any impediments in cardiac circulation will affect brain circulation. Individuals who are at risk of atherosclerosis, owing to genetics, need to be extra cautious in their lifestyle regimen.

Sleep is another important factor which affects the neuronal processing. All sensory impressions and images taken during the day are digested in sleep. If the quality of sleep is affected, it will affect the neural processing and thereby the cognition. Early dinner, preferably four hours before bedtime, is known to improve the quality of sleep.

Last but not the least, living in a community setup with like-minded individuals enhances the chances of being socially engaged. This is very important to ward off the progression of dementia.