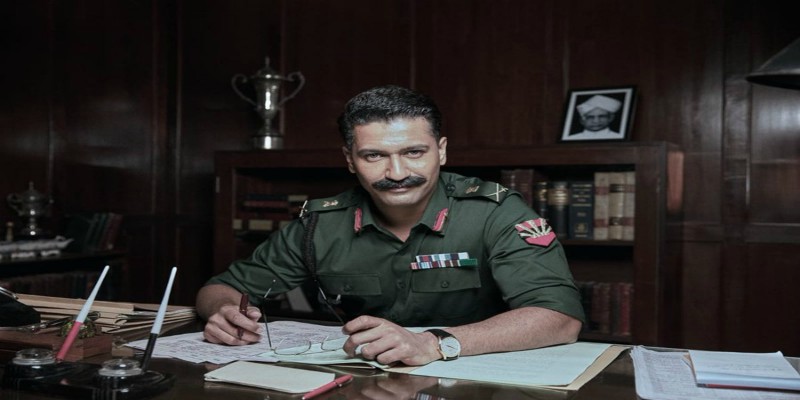 Actor Vicky Kaushal just announced his next outing with RSVP movies, which is based on First Field Marshal Sam Manekshaw, the film is helmed by Meghna Gulzar and the first look is out.

The actor Vicky Kaushal just took to his social media profile and dropped the confirmation and first look from the film. He wrote, “I feel honored, emotional and proud of getting a chance to unfold the journey of this fearless patriot, the swashbuckling general, the first Field Marshal of India- SAM MANEKSHAW. Remembering him on his death anniversary today and embracing the new beginnings with @meghnagulzar and #RonnieScrewvala. @rsvpmovies”

The film is titled Sam – the film marks the reunion of Vicky Kaushal and director Meghna Gulzar after Raazi. Actor Vicky will play the lead role as Field Marshal Sam Manekshaw.

The official handle of RSVP Movies also confirmed the same. It said, “On the death anniversary of one of India’s greatest war heroes, we take immense pride and honor in announcing our next movie, starring @vickykaushal09 as Field Marshal #SamManekshaw! Directed by @meghnagulzar. Produced By #RonnieScrewvala”

Meghna Gulzar, who has wrapped up the shooting of Chhapaak with Deepika Padukone, will soon start the shoot for the film.

Vicky Kaushal also got Sardar Udham Singh in his kitty, which is also a biographical film directed by Shoojit Sircar, produced by Ronnie Lahiri and Sheel Kumar and written by Ritesh Shah and Shubhendu Bhattacharya under the banner of Rising Sun Films, Kino Works and Viacom18 Motion Pictures.

The film features Vicky Kaushal in the lead role of Udham Singh, a revolutionary freedom fighter.