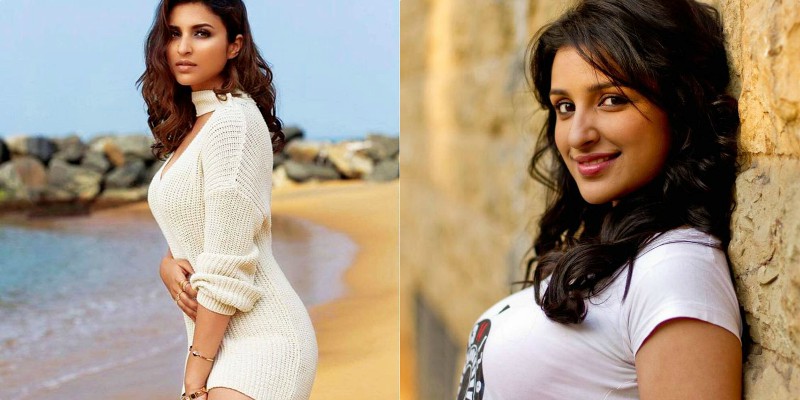 Actress Parineeti Chopra says that fire in the belly is important for an actor and she credits her co-star Sidharth Malhotra for helping her when she was down.

After making fans go gaga over them in the year 2014 with ‘Hasee Toh Phasee’, Sidharth Malhotra and Parineeti Chopra are reuniting once again for ‘Jabariya Jodi’ and trailer for the film is out!

Talking about some trivia about working with Sidharth, actress Parineeti Chopra said, “Today there is a fire in my belly, which actually came from Sidharth Malhotra. We are amazing friends and there was a time when I was really feeling down, so I went to his house. And we hung out for hours. I think we were kind of hanging in a similar space in our lives and we really spoke our hearts out”

“Somehow I came out that session with Sidharth, feeling all charge up and now whenever I am down or doubting myself, I think of what Sidharth told me.  So this fire in the belly is the best and most important thing because it really wants to make you 100 percent every day otherwise actor’s can get easily disconnected”

“You can go on sets, shoot, come back and forget about it, do something else and not care about whatever happens to the film, some people can be disconnected but that want to make the best, is really very important” added Parineeti.

Believe It Or Not! High Heels Were More Popular Among Men Before Women

The film is produced by Shobha Kapoor, Ekta Kapoor, Shailesh R Singh and bankrolled under the banner Balaji Motion and Zee Studios is all set to hit the silver screens this August 2, 2019.

Parineeti Chopra And Arjun Kapoor Back in Train

We will start shooting for Sandeep Aur Pinky Faraar from Monday: Parineeti Chopra

Aamir Khan and Ajay Devgn Praises Each Other