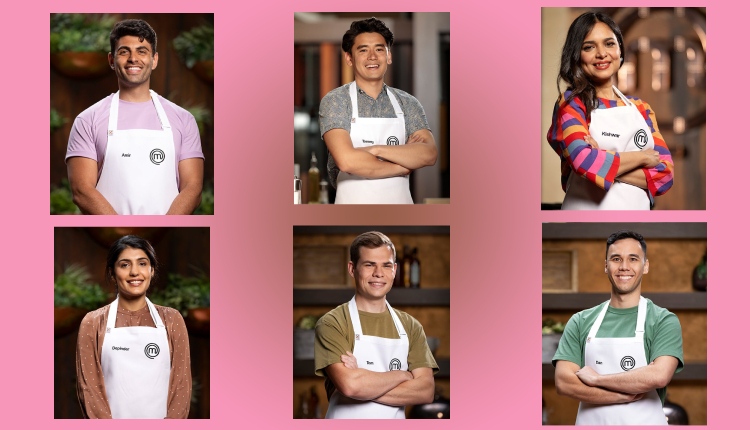 Featuring 24 amazing home cooks who brought in distinct flavors, awe-inspiring skills and big food dreams, the latest season of MasterChef Australia on Disney+ Hotstar Premium has taken the competition in the world’s most loved cooking reality show, a notch higher. As the trio of judges Andy Allen, Melissa Leong and Jock Zonfrillo set new and exciting challenges, the competition has been getting fiercer, with the contestants battling it out by creating extraordinary, mouth-watering dishes. These aspiring culinary stars have been playing to their strengths as well, which range from desserts to Indian and Southeast Asian flavors. As new episodes release only on Disney+ Hotstar Premium, here’s a look at the 6 contestants who must follow in MasterChef Australia Season 13 per
the cuisines that you love!

If you love your curries, parathas and desi tadka, you cannot miss Depinder Chhibber’s journey on the latest season of MasterChef Australia! Continuously setting new benchmarks in the competition, the Indian-born has been bearing the flag of Indian flavors high on the international stage. Be it her
spicy tandoori chicken with naan and smoked lassi to satisfy the Punjabi in you or the popular tiffin box of chickpeas and fried okra with aachar, for a wholesome Indian meal.

An ex-IT professional to a kindergarten teacher, Tommy has undertaken a journey of exploration as a chef. Keeping the Vietnamese style as his foray, Tommy’s style of cooking is highly inspired by his mother – thereby bringing the taste of Vietnam streets to MasterChef. His Zucchini Bánh Cuốn with Pickled Zucchini, Nước Mắm Sauce certainly left the judges wanting more.

From weekend passion to zoom call catch-ups, Amir’s equation with cooking can be seen as destiny. Inspired by Shane Delia, Ben Cooper and Guy Grossi, Amir dreams of making Middle Eastern cuisine mainstream. Crediting his father for his much-appreciated dish Kunafa with Tahini ice cream, Amir is a must-follow contest if you love Middle Eastern cuisine. His Chicken Shawarma with a delicious Baba Ganoush will surely have you salivating!

A mother of two, Kishwer has a humble dream of placing Bangladeshi cuisine on the international food map. It’s for the first time we have heard Macher Jhol making headlines, and the exceptional dishes she has been cooking will surely convince you to try cooking Bengali dishes in our kitchens. Kishwer’s Bengali patties with tamarind chutney are definitely a must-try for snack-time munchies.

Tom has been in the kitchen since he was six years old. He has grown up learning to finesse his skills in the art of intricate desserts, hoping to one day build his reputation as a renowned pastry chef. From Raspberry, Vanilla and Chocolate Pavlova to the latest carrot side up, his desserts are on their way to join the hall of fame across MasterChef Australia seasons.

When confused about what to eat, an eclectic mix of culinary results for the best options. Blessed with multiple cuisines from his ancestors, Dan seeks his passion in fusion cooking where the north meets​ the south. Open to criticisms and often seen at Pressure tests, Dan brings relishing surprises to the table – be it his Chicken Roy His Mo aka Chinese burger or the simple salt-crusted pork belly.

Broken But Beautiful 3: ALTBalaji thanks Sidharth Shukla’s fan clubs for the immense love and appreciation!