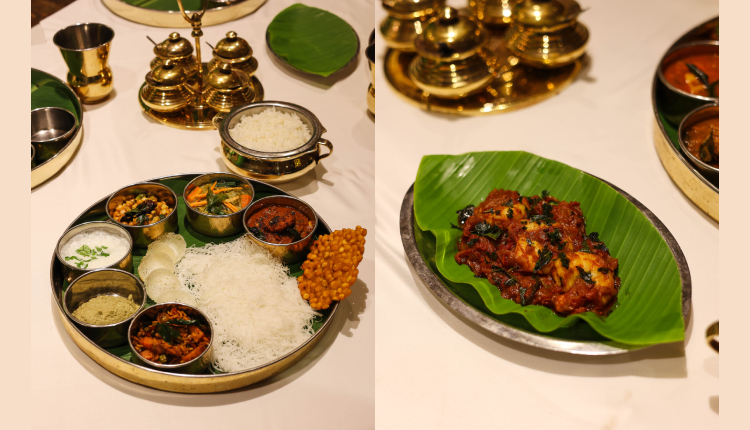 The flagship event, Melange e Madras, which was curated by Ameeta Agnihotri and created by Chef Shri Bala, laid out a variety of mouthwatering delicacies on Monday, proved to be an exceptional feat.

Chennai is a city, but Madras is an emotion. The first celebration of this kind was born in 2004. Some of the city’s most powerful and knowledgeable people declared August 22 to be Madras Day. There was a very good reason: Francis Day and two of his associates purchased the plot of land on which Fort St. George was erected in around 1639, on this very day. As more of the neighbouring areas were acquired, Madras, a melting pot of many religions, nationalities, cultures, languages, and of course cuisine, steadily grew into a mainland. This is a cuisine that has evolved over the years.

Melange é Madras was given that name after much deliberation. The chef, Shri Bala, did extensive research on the dishes cooked and served by the various communities that formerly and currently occupy Madras, for this Dakshin festival. The thali menu draws inspiration from a variety of cuisines, including Komutti Chettiar, Tamil Brahmin, Mudaliar, Anglo Indian, Burmese Tamil, and the distinct food that is served on the renowned Marina Beach.

Mr. Anand Nair, General Manager, Crowne Plaza Chennai Adyar Park said, ” Dakshin has been a crucial component of Chennai for the past 33 years. We envisioned an event that captures the spirit of Madras for our celebration of Madras Day. We are honoured to work with Ameeta Agnihotri and Chef Shribala for this wholesome event. The promotion has been organized with the utmost attention to detail given to the food and cuisine, in order to create the ideal immersive environment that supports you in commemorating the 383rd Madras Day. To guarantee that our customers have the most genuine flavour possible, the ingredients for the food prepared have all been chosen with utmost care.”

Chef Shri Bala stated, ” Crowne Plaza Chennai Adyar Park, along with their culinary team and I have worked together to give an unique identity to Melange E Madras. The guests will experience the myriad flavours and nuances of Madras in this highly anticipated food promotion.”

Ameeta Agnihotri stated, “Ideas are many, but it takes an able team that understands the brand that is Dakshin to make those ideas real. Melange é Madras was one such idea that became real. Every single person involved gave it their best.”

Habits You Need to Follow to Become a Successful Writer