Glenmorangie Launches an all new Single Malt Whisky “Made to Mix” 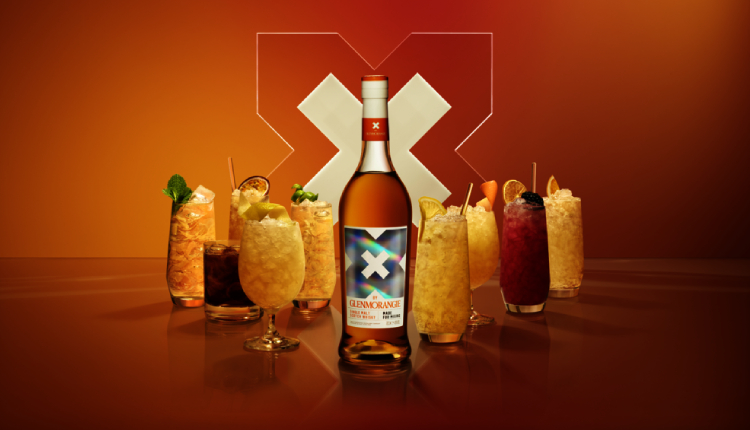 Glenmorangie releases a new single malt Scotch whisky specially made for mixing. Crafted in consultation with top global bartenders, X by Glenmorangie’s sweeter, the richer taste is perfect for tall, simple serves, which promise to refresh the way single malt whisky is enjoyed.

An immersive launch event took place at Delhi’s renowned high energy bar, Bohca, and was attended by the swish set of the city. The evening commenced with an interactive whisky tasting session with Moet Hennessy India’s brand ambassador Shehan Minocher. Spotted at the soiree were designers Kanika Goyal and Dhruv Kapoor, fashion stylists Ayesha Nigam, Smridhi Sibal and Medha Bahuguna and entrepreneurs Vivek and Neha Ramabhadran, to name a few.

Glenmorangie’s whisky creators are endlessly imaginative in their quest to dream up delicious whiskies. And, make their more delicate, fruity spirit in Scotland’s tallest stills, and age it in the world’s finest casks. In pursuit of new flavour combinations, Glenmorangie has crafted the perfect single malt whisky for mixing.

To achieve the whisky’s wondrous cascade of taste, the creators drew from the brand’s epic array of casks. Hence, bringing to life a freewheeling single malt, with swirling aromas of pear and vanilla setting the stage for rich orange sherbet and fudge. This versatile single malt offers a rich taste that not only complements but also cuts through all manner of mixers, for delicious drinks.

Dr Bill Lumsden, Director of Whisky Creation, The Glenmorangie Company said, “X by Glenmorangie came from our dream of creating even more flavour possibilities, with a single malt that’s made to mix. Consulting with top bartenders, we crafted this sweeter, richer single malt for all those enjoying mixing at home.

“Luscious with vanilla and pear, succulent orange and honeysuckle, all drizzled with chocolate fudge, X by Glenmorangie is perfectly paired with a favourite mixer. So, whether you’re planning a brunch or a date night or want to experiment with your own flavour combinations, this whisky will bring your drink the x-factor!”

Commenting on the new launch, Smriti Sekhsaria, Marketing Head, Moët Hennessy India said, “We are delighted to introduce our consumers in India to the most versatile single malt made for mixing- X by Glenmorangie. There is a growing segment of individuals in India today that are adventurous and taste curious. They enrich their palates with offerings that allow them to elevate their drinking experience. X by Glenmorangie will appeal to this new generation of drinkers who might not have previously considered the delights of single malt whisky, and are curious to experiment with the flavour possibilities it inspires.”

X by Glenmorangie is available in select retail outlets across various cities in the country.

The recipes can be found on www.glenmorangie.com and on the single malt’s social channels.

First Look Poster For Macherla Niyojakavargam is Out, Starring Nithiin

5 Healthy Snacks to Munch at Night