Nho Saigon brings “Lantern Festival” from Vietnam for the first time in India. 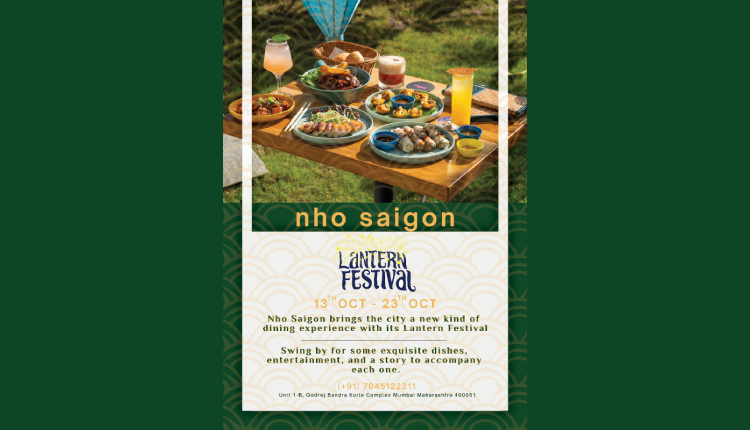 From October 13th to October 23rd, 2022, Nho Saigon, a Vietnamese restaurant in BKC, will present the “Lantern Festival” from Vietnam lanes for the first time in India.

Due to Vietnam’s strong Buddhist heritage, the full moon has always been seen as a significant moment in the lunar month. The specific lantern tradition in Hoi An Lantern Festival originated during the 16th and 17th centuries, when the port city was a significant trading hub. Hoi An was crowded with traders from all over the world, including Japanese traders who had brought variously shaped lanterns to hang in front of their homes. In a similar effort to bring luck to their homes, the locals started to imitate this.

Since then, Hoi An has maintained its rich cultural diversity and is now very well known for its lanterns. The monthly full moon celebrations and lantern festivals are believed to have been combined in 1998 by the local government, and ever since then, both Vietnamese and foreign tourists have flocked to Hoi An to take part in the festivities.

With one-of-its-kind experience, Nho Saigon invites you to grace this event with your presence. Vietnamese delicacies, entertainment, and a story to accompany each dish, we’ve got your wholesome dining experience covered! A cherry on top of the cake – Nho Saigon is also celebrating its anniversary along with the Lantern Festival.

Let’s make this an unforgettable event, shall we? Awaiting your presence!

The audience favourite action comedy, The Tick Drama only on Zee Café

A momentous beginning to December at The CULT House & Terra