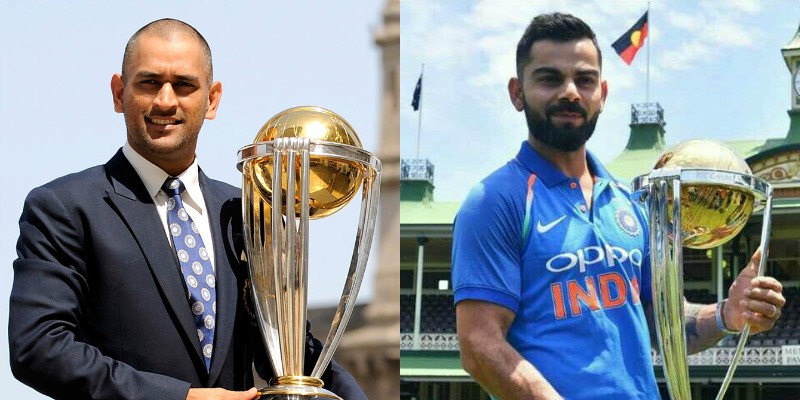 India cricket team will take on the New Zealand team in the first semi-finals of the ICC world cup edition 2019 at Manchester, Old Trafford, today at 3 PM.

A winning tally of 15 points from 9 matches, with a net run rate of +0.809, India is already topping the table. India has won 7 matches, 1 had no result due to rain against New Zealand and 1 lost to England. India won the last match that the two teams had competed, in 2003 edition, 16 years ago and 11 years since the Under 19 World Cup, Kohli & Williamson meeting again at the Semifinal Stage.

The weather conditions are unpredictable in England which may spoil the game results in the much expected Semifinal clash between India and New Zealand. The ICC has a provision for Reserve days. These are only for Final and Semi-final matches, which means, if a match is interrupted on the match day due to rains, it will continue on the reserve day. i.e. the match will be continued to play and will not be started afresh.

If a semi-final is washed out, the team that was ranked higher during the league stage qualifies for the final straight. Obviously, India has won more games in the World cup league matches than New Zealand. In fact, the match between India and New Zealand at the league stage was called off due to rains. One point to note is India had lost to New Zealand in the warm-up match against them.

However India players are in exceptional form, be it the top order batsmen or the bowlers, particularly after losing to England. Rohit Sharma is in exceptional form with 647 runs to his kitty with 5 centuries to it and with the huge support from both KL Rahul and the captain Virat Kohli. Rishab Pant, Hardik Pandya and Dhoni too are in good form of batting. In the bowling department, Jasprit Bumrah, and Shami are leading the way. With such a strong line up of the team, winning ‘is the only thing‘ to India.